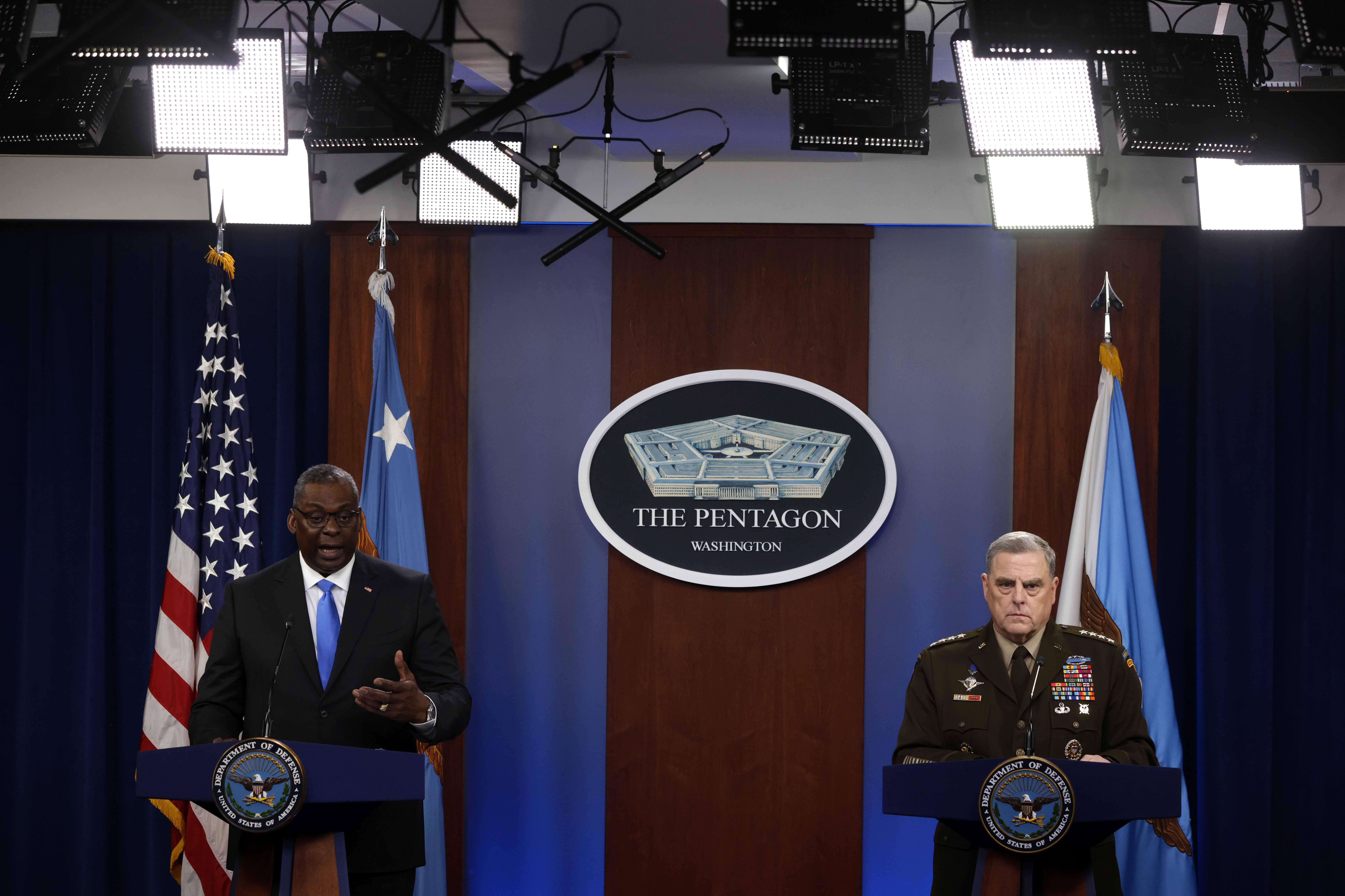 Following the revelations, conservatives including Fox News host Tucker Carlson accused Milley of being overly political and said he should be fired. Trump himself attacked Milley in a series of statements and suggested he should be “court-martialed and tried.”

On Wednesday, Milley declined to comment directly on the books’ allegations and did not say whether he was troubled by the view that he had used his post for political reasons.

But the four-star general did say “with certainty” that he and the members of the Joint Chiefs had “maintained our oath of allegiance” to the Constitution.

Pressed further on the recent reporting, Milley emphasized that the military “is an apolitical institution … and our oath is to the Constitution, not to any individual at all. The military did not and will not and should not ever get involved in domestic politics.”

“We don’t arbitrate elections,” he said. “That’s the job of the judiciary and the legislature and the American people. It’s not the job of the U.S. military.”