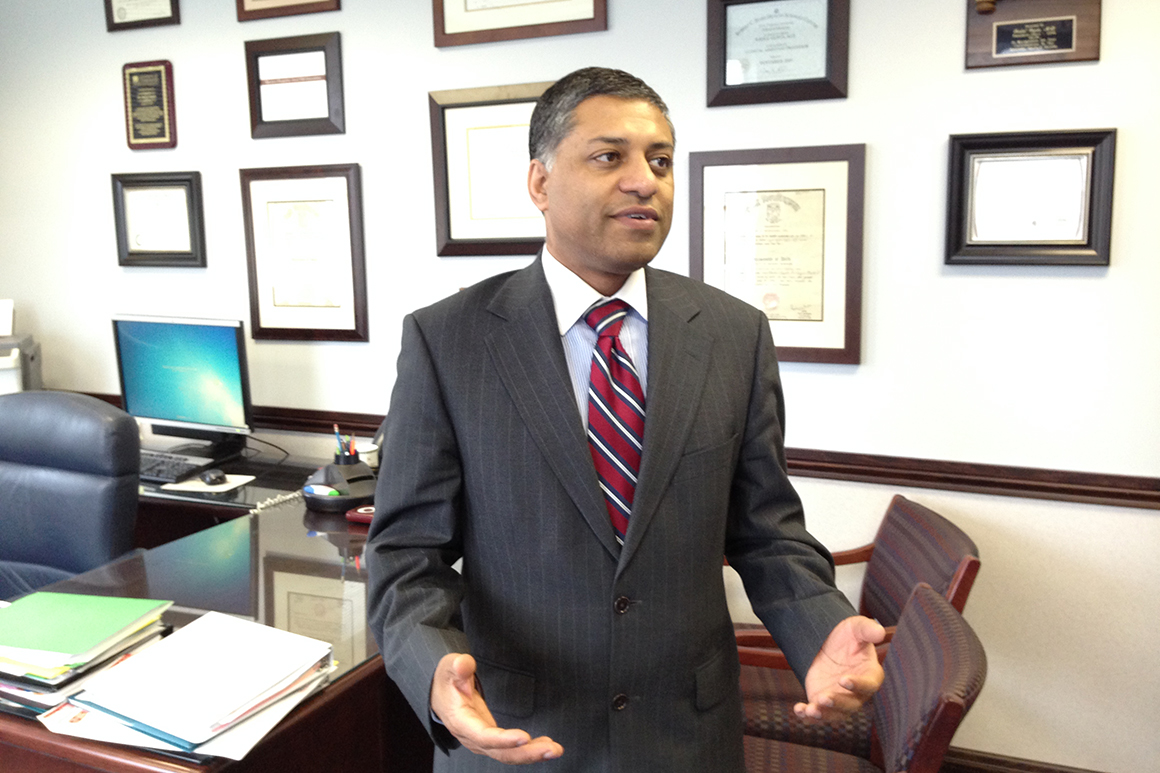 “Rahul has a strong public health background, but he also knows how to work with law enforcement and other stakeholders,” said Kevin Sabet, who previously worked at the White House drug office and founded Smart Approaches to Marijuana. “I hope drug policy gets back on the front burner with this selection.“

In selecting Gupta, Biden is making progress on his pledge to appoint more Asian Americans to prominent roles in his administration following pressure from Democratic lawmakers early this year. Gupta is also an ally of Sen. Joe Manchin of West Virginia, a crucial swing vote in the Democrats’ thin Senate majority.

“Dr. Rahul Gupta’s nomination to serve as the Director of the Office of National Drug Control Policy means someone with firsthand knowledge of the opioid crisis, especially in West Virginia, will be coordinating the national fight against the drug epidemic that continues to ravage our nation,” Manchin said in a statement.

The Biden administration is expected to announce Gupta’s nomination as soon as Tuesday, one day before the Centers for Disease Control and Prevention is expected to release data likely showing that 2020 was the worst year for drug overdose deaths on record. According to the most recent preliminary CDC data, nearly 91,000 people died from a drug overdose in the 12 months leading up to November — a nearly 30 percent increase from the previous year.

Gupta’s selection is likely to disappoint some critics on the left, who say as West Virginia’s top public health official he could have done more to prevent the city of Charleston from closing a syringe exchange program in 2018. Gupta’s supporters argue he had to choose his battles carefully in one of the nation’s most conservative states, and they noted he pushed for new syringe exchange programs elsewhere amid resistance from local officials. He resigned from the post in 2018.

The lengthy wait for Biden to nominate a drug czar worried many advocates. Former drug czars and nearly 40 prominent anti-addiction groups in a May 26 letter complained that the delay was ill-advised given the severity of the nation’s drug crisis. Roughly 250 people die every day from an overdose.

“You’d think there would be a huge sense of urgency and it would be one of the most important pillars of his presidency,” said former California Republican Rep. Mary Bono, CEO of Mothers Against Prescription Drug Abuse, who signed the letter.

It’s unlikely that the Senate will review Gupta’s nomination before the fall.

Biden’s refusal to restore the drug czar to a Cabinet-level post will also disappoint some public health advocates, who say the addiction crisis warrants a more robust federal response. Advocates have noted that Biden himself coined the term drug czar almost 40 years ago, when as a senator he supported the office’s creation and pushed for it be included in the Cabinet. The post was added to the Cabinet by President George W. Bush, but President Barack Obama downgraded it shortly after taking office.

Drug treatment advocates are calling for a sharp break from the previous administration, which often emphasized a law enforcement response over treatment initiatives. They said priorities outlined by the drug office’s acting director, Regina LaBelle, this spring were a positive sign. LaBelle was also considered for the permanent role.

To reduce overdoses, the new Biden strategy embraced test strips that could detect the presence of fentanyl — an approach that Trump’s top substance abuse official opposed because she feared people would use it to seek out the more dangerous substance.

Where Have All the Firefighters and EMTs Gone?

Where Have All the Firefighters and EMTs Gone?