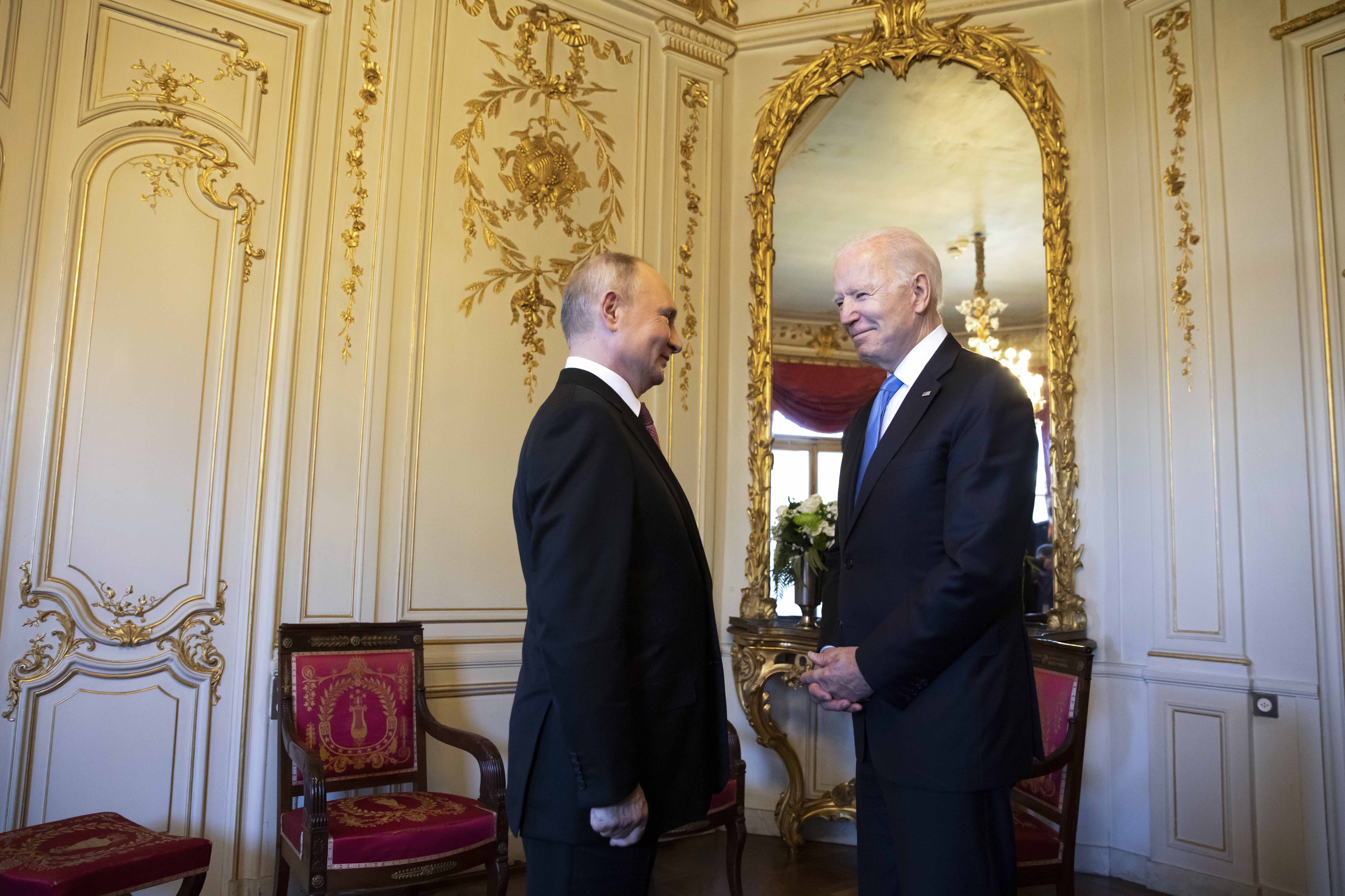 Biden administration officials argue that past U.S. sanctions on Russia’s oligarchs haven’t succeeded the way Washington hoped and that there’s no guarantee that future ones will.

In 2014, Obama unveiled economic sanctions on several Russian oligarchs and aides close to Putin, aiming to punish Moscow for its invasion of Ukraine. Targets included Gennady Timchenko, a founder of a major commodity trading company in the oil and energy markets, and Yuri Kovalchuk, Putin’s personal banker.

The people sanctioned included aluminum tycoon Oleg Deripaska as well as companies linked to him. The Trump administration later lifted sanctions on the companies after facing a lobbying campaign that pointed out how the sanctions had roiled global metals markets. In the years since, questions have arisen about whether Deripaska violated an agreement that led to the sanctions being taken off the companies.

Overall, though, neither the Obama nor the Trump sanctions on Russian oligarchs seemed to deter Putin from moves that undermine U.S. interests, administration officials and others said. In fact, because U.S. sanctions made it harder for these tycoons and their families to access American and other financial systems, they may have led to more loyalty to Putin.

“In many cases, we’ve seen that the oligarchs have then become more dependent on patronage and state contracts from the Russian state,” a senior Biden administration official said.

The official added that it’s overly simplistic to characterize the Russian government as a kleptocracy or say that Putin’s only interest is money. “Clearly he has other ambitions on the geopolitical stage beyond just money and enriching himself and his cronies,” the official said.

Analysts point out that developing sanctions is a complex process that requires meeting certain evidentiary thresholds. The mere fact that a person is rich and friends with Putin isn’t enough.

Some also say that anti-Putin crusaders are overestimating America’s knowledge of and access to where Putin and his friends have stashed their funds around the world. Besides, even if the U.S. manages to freeze a portion of a Putin crony’s assets, that person will likely still live quite comfortably.

“We don’t really know where all the money is,” one former U.S. official familiar with the issue said. “It’s hidden so deeply that you don’t know where it’s going to crop up.”

There are plenty of other reasons to avoid the kleptocrat crackdown for now, administration officials and outside analysts say.

For one thing, the president may want to retain some leverage for use later. Biden has signaled that he wants to give Putin time to prove whether he can be a constructive partner, including on issues like battling ransomware. After the June summit, U.S. officials were heartened by a senior Russian security official’s remark that Russia was willing to work with the United States to take on cyber criminals.

There’s also the possibility that, instead of acting as a deterrent, slamming sanctions on Putin’s wealthy friends could lead to an escalating cycle of retaliation. Even actions that only somewhat undercut Putin’s control — say, by weakening his power base when his associates realize they can’t access their money — could damage Russia’s economy to the point where it hurts Europe’s economy and, eventually, the American economy.

Taken to the extreme, moves that could lead to the fall of Putin might prove even more destabilizing in unpredictable ways. U.S. officials, remembering the chaos of the post-Cold War era, are mindful that Russia’s massive arsenal of nuclear weapons could fall into the wrong hands.

“There’s no way President Biden is going to seek to personalize this with Putin,” a former senior U.S. official said. “To the extent you’ll see gloves coming off, it will be in a narrow and targeted way.”

For many Putin critics, that’s not sufficient.

The United States has not sanctioned enough of Putin’s cronies, nor even the right ones, they argue. They also dismiss the notion that past sanctions on the oligarchs made no difference, saying that without those penalties Putin might have done even more to frustrate the West.

“He hasn’t pulled out of Ukraine,” Browder said of Putin, “but how much more territory would have taken if we hadn’t sanctioned the oligarchs?”

Russian dissidents linked to Navalny — whose poisoning and detention has spurred its own U.S. sanctions on Moscow, with more still expected –—have given the Biden administration the list of 35 people to target. The list includes oligarchs as well as alleged human rights abusers. Several of the people listed already face some U.S. sanctions.

U.S. officials seem willing to consider the list, said Leonid Volkov, a top Navalny aide, who met with an array of leading figures while in Washington earlier this year.

However, “they very clearly indicated they don’t have any appetite to move on with the sanctions alone, so they want to do it with partners,” he said.

Volkov agreed that a coordinated sanctions effort would be more powerful than the United States acting alone, especially considering how many Russian tycoons keep their money in real estate or other holdings in Europe. But he also noted that such coordination takes time and could run into roadblocks from Putin-friendly world leaders.

In the meantime, Navalny’s foundation intends to keep pursuing its investigations, compiling evidence packs that the Biden team and others can turn to if and when they decide to go after Russia’s kleptocrats and their friend atop the Kremlin.

“Our point is that this has to be a priority,” Volkov said.

Browder said Biden’s team reminded him of the Obama years, when many of the same officials over-analyzed situations so much that they came across as timid if not outright frozen. That included Obama, who was keen to avoid escalation with Moscow.

“These people are all great policy wonks. They’re not gunslingers, they’re policy wonks,” Browder said. “In many respects, that’s a good thing, but sometimes you need some gunslingers.”