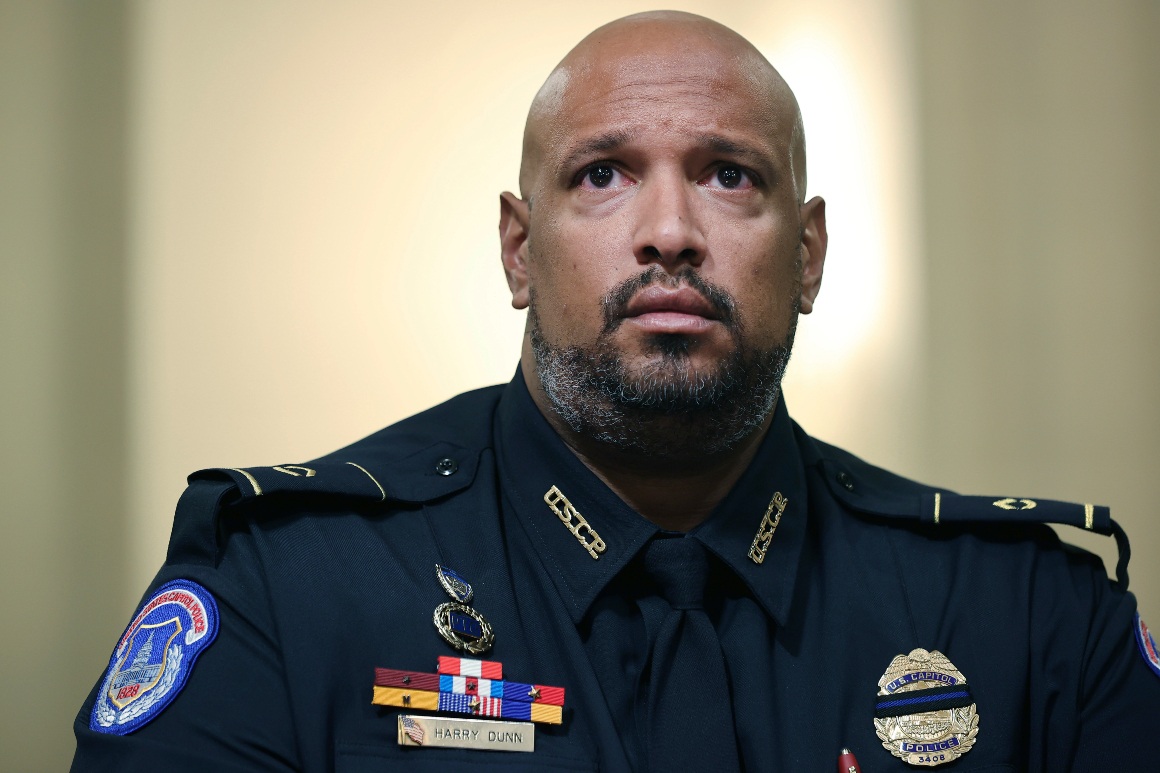 Dunn said that prompted a woman “in a pink MAGA shirt” to call out to others in the mob of former President Donald Trump’s supporters to hurl abuse at Dunn, including repeated use of the hateful slur.

“You hear that guys? This n—– voted for Joe Biden” Dunn recalled the woman saying, using the full word himself to emphasize the point.

“No one had ever, ever called me a n—– while wearing the uniform of a Capitol Police officer,” Dunn said.

He said he was not alone in experiencing racist epithets during Jan. 6, and that in the aftermath of that day other officers shared similar stories of their confrontations with the pro-Trump mob.

“One officer told me he had never in his entire 40 years life being called a n—– to his face and that streak ended on January 6. Yet another Black officer later told me he had been confronted by insurrectionists in the Capitol who told him, ‘Put your gun down, and we’ll show you what kind of n—– you really are.’”

Dunn said that after that word was used against him “the rest of the afternoon is a blur,” but he and other officers are still living with the trauma they experienced. He said he has also sought counseling in the aftermath of that day, and encouraged other officers to do so as well.

“I know so many other officers continue to hurt both physically and emotionally,” he said. “What we went through that day was traumatic.”