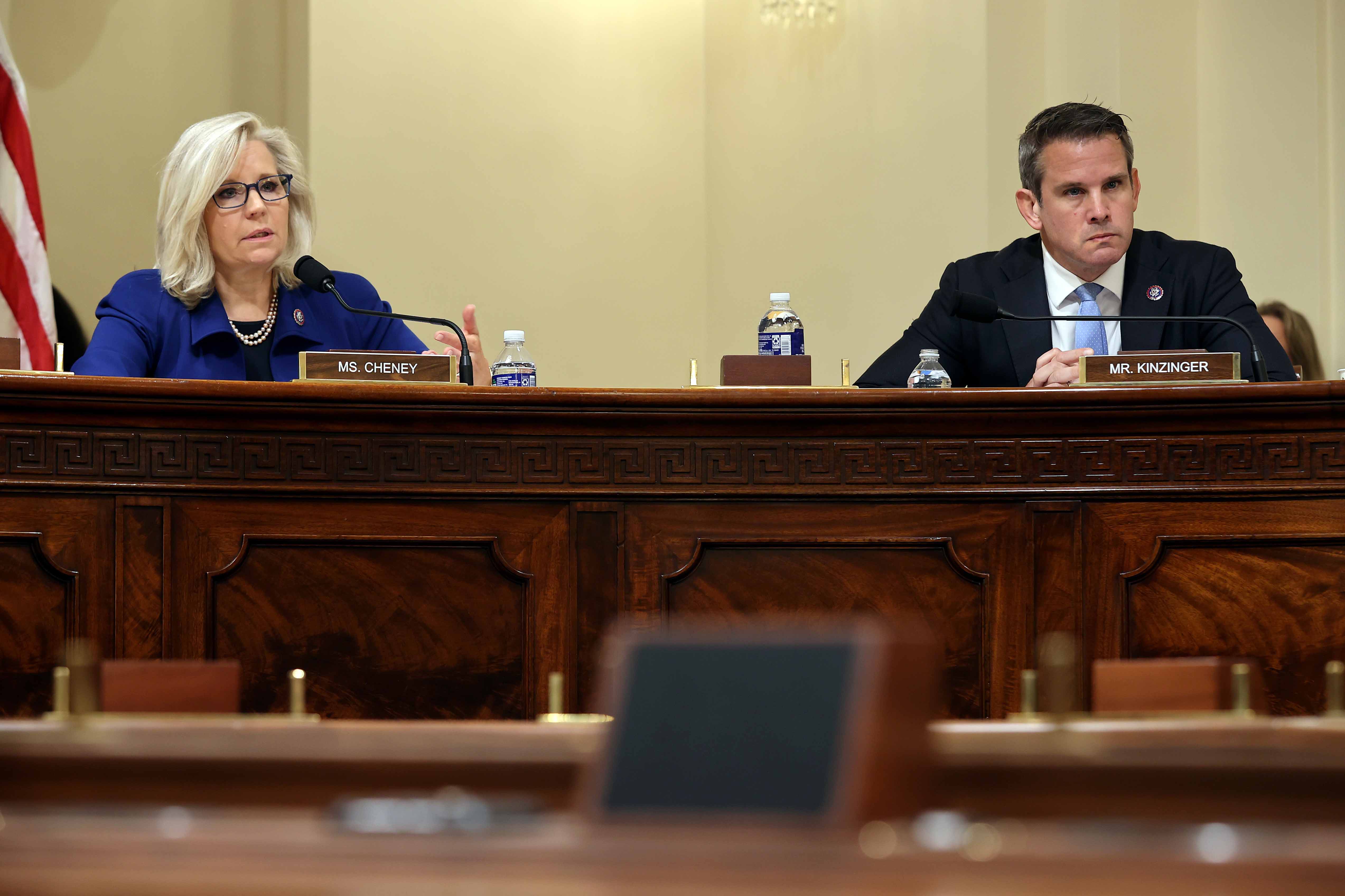 The GOP duo on the committee were among the 35 Republicans who voted to create an independent bipartisan commission to probe the riot, a proposal later blocked by senators in their party. During his allotted time at the hearing, Kinzinger blasted fellow Republicans who opposed the creation of the select committee after the failure of the bipartisan commission on Jan. 6.

He also teared up while telling the four law enforcement officers who testified that “you guys won,” adding that “democracies are not defined by our bad days. We’re defined by how we come back from bad days, how we take accountability for that.”

“And for all the overheated rhetoric surrounding this committee, our mission is very simple,” Kinzinger added. “It’s to find the truth and it’s to ensure accountability.”

“We represent the good side of America,” Dunn said, referring to people who are working to get the bottom of what happened on Jan. 6. “Whether we disagree with how [others] vote on a bill about infrastructure, everybody wants the right thing.”

Cheney, who made clear at the outset that she hopes the committee would delve deeply into the White House’s actions during the riot, began her questions by asking Capitol Police officer Aquilino Gonell how it felt to hear former President Donald Trump describe the Jan. 6 rioters as a loving crowd.

Gonell responded that it was “upsetting” and a “pathetic excuse for his behavior,” adding that “I’m still recovering from those hugs and kisses that day.”

“If that was hugs and kisses, then we should all go to his house and do the same thing to him,” Gonell said, later apologizing for the “outburst” and making clear that he does not support people going to Trump’s home.