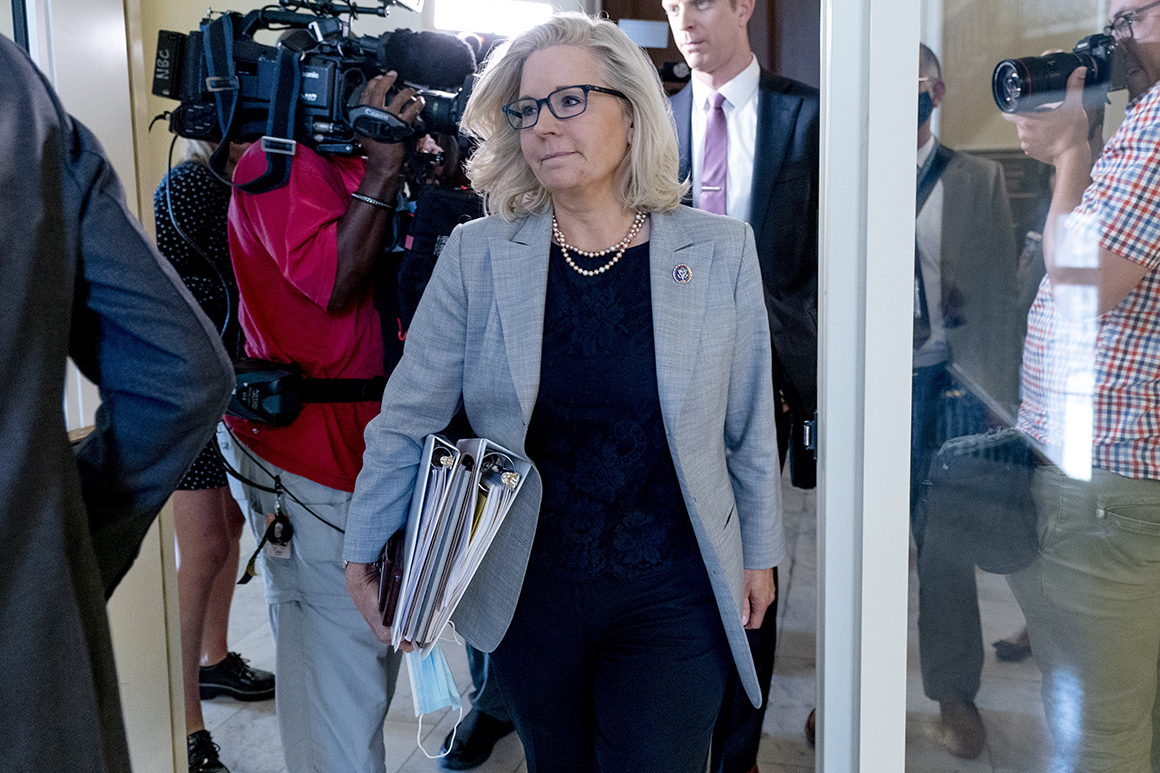 The four officers will be dressed in their uniforms to testify, despite appearing in a personal capacity. Questions to them will be limited and interwoven with video footage. And members are restricted to one round of back-and-forth, ensuring the hearing lasts only a few hours rather than becoming an all-day affair like other high-profile moments in Washington.

The hearing comes at a pivotal moment for Democrats and the two House Republicans who put their political futures on the line to join in the investigation. Democrats want to avoid the spectacle that engulfed the Benghazi select committee during former President Barack Obama’s second term, despite the GOP’s best efforts to frustrate the inquiry into the insurrection. And given their thin majority, they’re trying to avoid playing politics, even though the investigation will inevitably lead back to Donald Trump and other Republicans.

But Republicans are determined to not let them go unchallenged. Minority Leader Kevin McCarthy, who had also been passing by the metal detectors, interrupted Raskin to say the select committee is “extremely partisan.”

One of McCarthy’s biggest intra-party critics, Rep. Liz Cheney (R-Wyo.), will get an elevated role at the hearing. She’ll deliver an opening statement after Chair Bennie Thompson (D-Miss.).

That spot, speaking right after a chair, is typically reserved for a minority party’s ranking member. But after McCarthy withdrew his appointments in response to Pelosi’s decision to veto Reps. Jim Banks (R-Ind.) and Jim Jordan (R-Ohio), Cheney now has the spotlight.

Senior Democrats are looking to give Cheney a more prominent leadership post on the panel, including possibly making her vice chair, as her performance behind the scenes leaves them impressed with her focus and drive. Democrats are also finalizing plans to make former GOP Rep. Denver Riggleman a senior adviser to the two Republicans on the panel at Cheney’s request.

When asked if Cheney would continue to give opening statements at future hearings, Thompson told POLITICO: “If nobody objects, I don’t see why it’s a problem.”

Cheney is also expected to make the rounds on two different cable news shows, ABC’s Good Morning America and CBS This Morning, a sign that the Wyoming Republican plans to continue leaning into her role on the panel, rather than shy away from it amid backlash from her GOP colleagues.

Pelosi, who told her leadership team Monday night she was looking forward to the panel’s first hearing, was praised by her members for outmaneuvering McCarthy over the last week, according to sources familiar with the closed-door discussions.

Rep. Veronica Escobar (D-Texas) spoke up to thank Pelosi for rejecting Banks specifically from the panel after one of her constituents — who was later found to have rioted at the Capitol — ended up joining his recent trip to the border, according to people in the room.

Even with Banks and Jordan off the panel, though, Republicans don’t plan to make the committee’s work easy for Democrats.

On the other hand, McCarthy and the rest of the GOP conference have only limited tools at their disposal to protest the select committee. One tool Republicans plan to lean on is counter-messaging.

The five Republicans McCarthy initially tapped to serve on the investigation, as well as two members of leadership — Minority Whip Steve Scalise (R-La.) and GOP Conference Chair Elise Stefanik (R-N.Y.) — are expected to hold a press conference Tuesday morning ahead of the hearing.

Banks and Jordan, as well as Reps. Kelly Armstrong (R-N.D.) and Troy Nehls (R-Texas), huddled in McCarthy’s office Monday afternoon to plan their strategy ahead of the press conference. One source familiar with the meeting said the group is “very serious” about ensuring their criticisms of Democrats do not appear to criticize the officers testifying or impugn their heroism on Jan. 6.

Republicans are generally expected to protest the committee’s inquiries as partisan, though it is unclear if they plan to outline plans for their own investigation into the attack, as McCarthy and other Republicans vowed to do after pulling out of the select panel. Any GOP-led investigation would lack subpoena power.

While the GOP press conference is blessed by leadership, some party firebrands — including Reps. Matt Gaetz (Fla.), Marjorie Taylor Greene (Ga.), Louie Gohmert (Texas), and Paul Gosar (Ariz.) — are holding their own Tuesday press conference outside the Justice Department, where they are expected to protest the “treatment of Jan. 6 prisoners.”

The committee has already faced controversy over its staff director, David Buckley, who is fielding criticism for how he handled a whistleblower matter as the inspector general for the CIA, first reported by Yahoo! News. Making matters awkward for Democrats, the whistleblower Buckley dealt with then now represents two of the Capitol Police officers testifying in the committee’s first hearing. That attorney, Andrew Bakaj, also represented the still-anonymous whistleblower whose allegations kicked off the first Trump impeachment.

In response to the Yahoo! story, the committee released a statement defending Buckley and saying Bakaj engaged in “claimed whistleblowing” — insinuating that Bakaj wasn’t a real whistleblower. Bakaj’s law partner Mark Zaid, who is also representing the Capitol police officers, fired back with a statement saying they “deplore the Committee’s incredibly insulting public comment” about him.

Committee members insist they are focused on their task at hand. Rep. Pete Aguilar (D-Calif.) said he hoped Republicans would be listening to the officers, too, and for those watching on TV, “they’ll see how graphic, how serious, and how important their work is.”

Betsy Woodruff Swan and Sarah Ferris contributed to this report.

Podcast: Why Are Artists Compelled to Create Art?

The IHU Coronavirus Variant Is Not a Concern for Now

Podcast: Why Are Artists Compelled to Create Art?

The IHU Coronavirus Variant Is Not a Concern for Now