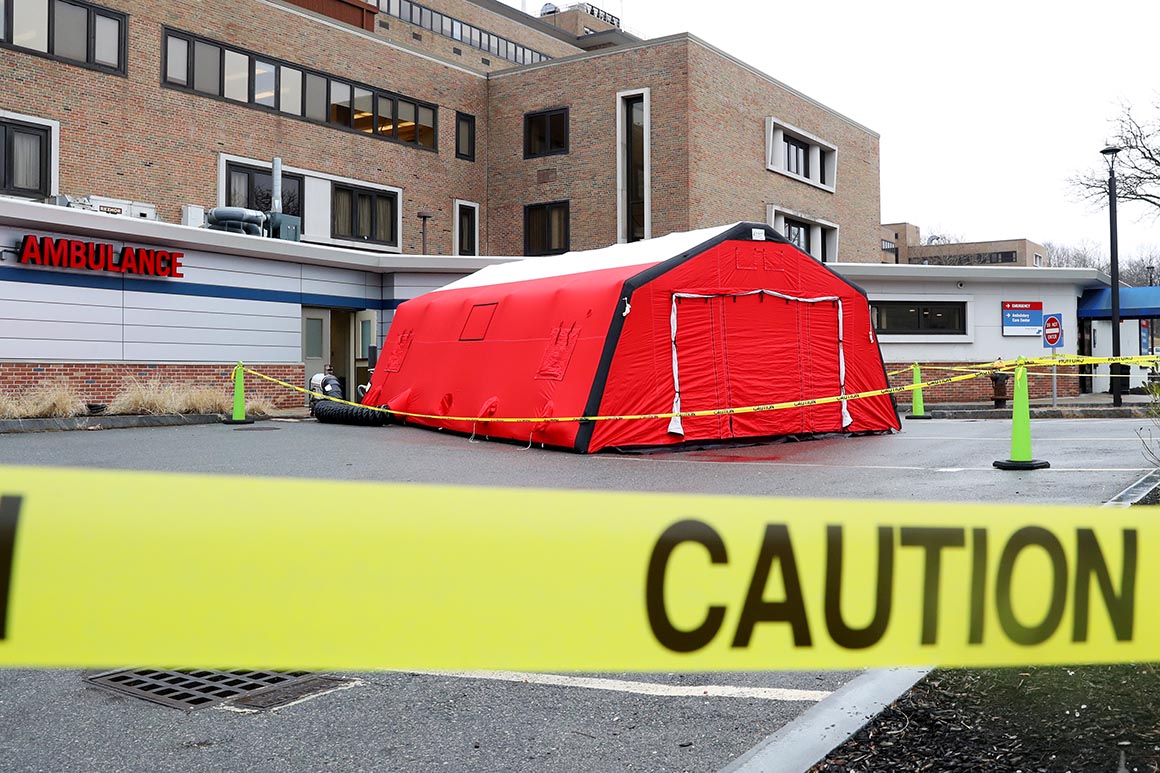 As prominent employers in many congressional districts, hospitals are used to being heard, and lawmakers are signaling that they’re ready to step in. Senate Minority Leader Chuck Schumer, who is closely aligned with New York’s hospital lobbies, vowed he’d fight for a “Marshall Plan for hospitals”

Schumer’s calling for $400 billion to purchase equipment and deal with the expected swell in patients. The money would also address cash-flow issues for facilities that will take a major financial hit postponing lucrative elective procedures like joint replacements.

The hospitals’ lobbying push rapidly intensified this week as government officials presented sobering forecasts of staggering caseloads and reports out of virus-ravaged Italy showed overwhelmed hospitals rationing care — a harbinger of what could happen to the more unwieldy, patchwork U.S. system.

Millions of Americans remain uninsured and some of the most impoverished states don’t have coverage for some low-income residents because they haven’t expanded Medicaid. But even in states that did, projections show the health system could be overwhelmed in a matter of weeks. Colorado, Kentucky, Massachusetts and Ohio have suspended elective surgeries to try and keep beds open.

The cancellation of these procedures began, for some, even before Surgeon General Jerome Adams urged them to do so over the weekend. Many patients simply heeded public officials’ advice to stay home.

Now, many hospitals are in limbo, waiting for a potential surge of Covid-19 patients. What this means for their financial situation varies. Small, rural hospitals, in particular, were already close to going broke before the virus hit, but they’re also used to operating on small margins. After years of consolidation, some big health systems in urban areas have built up huge overhead as their hospitals and specialty centers see a massive drop-off in referrals and appointments for pricey procedures.

Meanwhile, hospitals in some hard-hit areas are grappling with more infected patients, coupled with a lack of personalized equipment to keep frontline nurses, doctors and other staff safe.

“We’ve had a dramatic shift in our area in the last three to four days,” Cassie Sauer, president and CEO of the Washington State Hospital Association, said earlier this week. “The number of patients has grown exponentially.”

Those hospitals that haven’t seen cases yet are ramping up for the pandemic.

The waiting game raises questions about how long some hospitals can they keep paying their staff while turning away paying business at an ever-accelerating pace.

Jose Sanchez, CEO of the Chicago safety net Norwegian American Hospital, said he’s got enough cash to make the next two payrolls. For now, he’s trying to make sure all expected billings come in on time — especially from private Medicaid plans where he’s seen a delay as insurers have their staff working from home.

“If you were in a different business, you’d be laying people off, but that’s just the opposite of the situation we’re in,” said Charlie Shields, CEO of Truman Medical Centers in Kansas City, Mo., who’s canceled elective surgeries and seen a sharp drop in admissions. He hasn’t run out of cash yet and said they can run a while — but he wants a federal funding boost in the meantime.

Get the latest on the health care fight, every weekday morning — in your inbox.

And with the supply shortage of protective gear intensifying, Shields said he’s seizing any chance to stock up on inventory, further driving up costs.

Scott Christensen, CEO of Delta Regional Medical Center in Mississippi’s impoverished Delta region, said he expects the coronavirus to arrive at his doorstep any minute. Cases have been confirmed in neighboring counties and he’s setting up a drive-through testing site — mostly for free, since Mississippi didn’t expand Medicaid and imposes some of the strictest limits on who gets covered through the program.

Christensen shuttered the hospital’s cardiac rehabilitation center and sleep center, and patients generally have stopped showing up. But he hasn’t furloughed any workers — yet.

“It’s been a really bad month financially,” he said. “But we’ll have to get through it.”

Still, the situation isn’t equally dire for all, and some hospitals are used to empty beds. A study from Congress’ Medicare advisers found that most rural hospitals only have about 40 percent of their acute care beds occupied on a given day. Since coronavirus hospitalizations so far skew elderly, some may see a financial boost — especially if Congress goes through with the Medicare sequester freeze.

Wall Street is sparking some of the financial concern. A J.P. Morgan analysis first reported by Bloomberg painted a grim picture for two major for-profit hospital chains — Community Health Systems and Tenet Healthcare Corp. — that also hold major debt and need to keep up their planned revenue from scheduled procedures.

Chip Kahn, CEO of Federation of American Hospitals, which represents for-profit systems, said essentially the pandemic could upend some hospitals’ entire business models, by replacing expensive inpatient procedures with intensive coronavirus treatment. He warned, some big-name chains “could really be in trouble.”

The average surgical hospital stay brings in nearly $44,000, compared to under $20,000 for a non-surgical stay. And the demographics will change, as coronavirus brings in more Medicaid and uninsured patients.

He noted that for the seriously ill, hospitalizations rack up costs quickly, and as coronavirus spreads the cases may not all be covered with commercial insurance.

That said, analysis from J.P. Morgan this week found 87 percent of responding hospitals said they hadn’t yet racked up extra staffing or supply costs due to coronavirus. The respondents said they also had not yet seen “measurable” deferments of scheduled procedures due to coronavirus fears, although that could be changing rapidly.

Fitch, a ratings agency, said not-for-profit hospitals and health systems should have “sufficient financial cushion to absorb an increase in operating costs” but warned, that some smaller facilities are at heightened risk, and the coming economic disruption will increase pressure on all providers.

Covid-19 News: Live Updates on the Virus, Vaccines and Variants