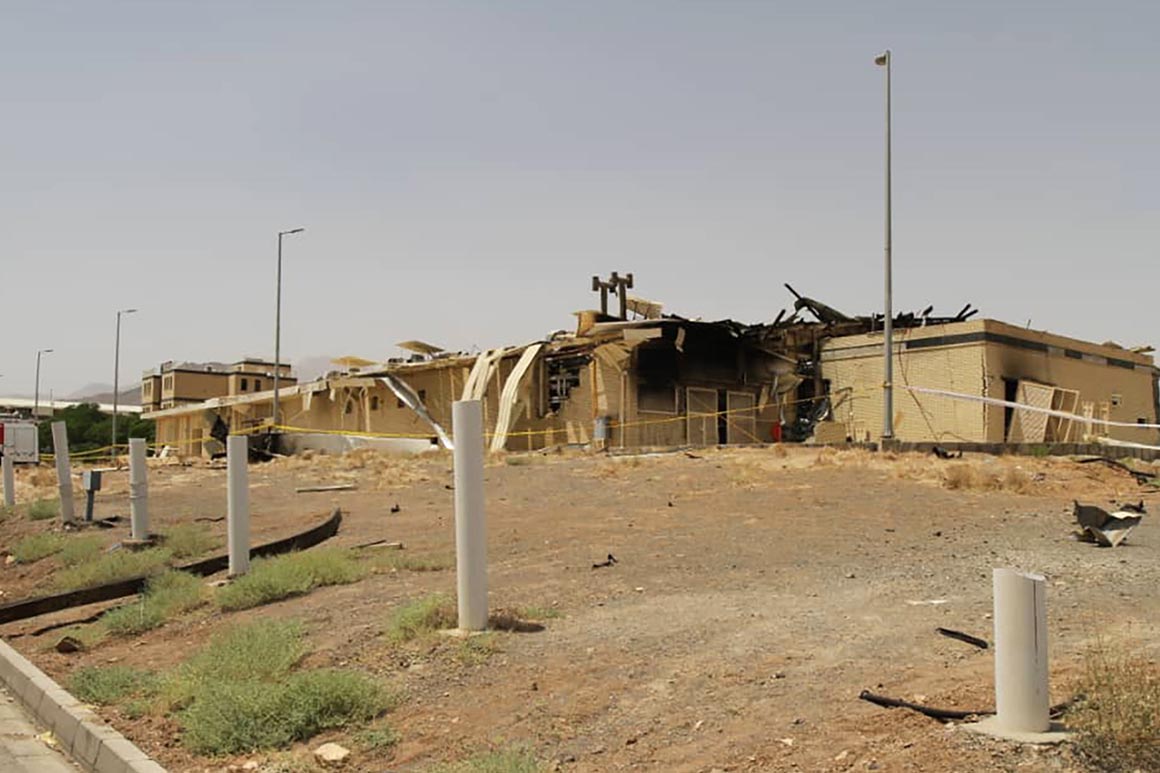 He said that the fire had damaged “precision and measuring instruments,” and that the center had not been operating at full capacity due to restrictions imposed by Tehran’s 2015 nuclear deal with world powers. Iran began experimenting with advanced centrifuge models in the wake of the U.S. unilaterally withdrawing from the deal two years ago.

Iran has long maintained its atomic program is for peaceful purposes.

An online video and messages purportedly claiming responsibility for the fire were released Friday. The multiple, different claims by a self-described group called the “Cheetahs of the Homeland,” as well as the fact that Iran experts have never heard of the group before, raised questions about whether Natanz again had faced sabotage by a foreign nation, as it had during the Stuxnet computer virus outbreak believed to have been engineered by the U.S. and Israel.

The Natanz fire also came less than a week after an explosion in an area east of Tehran that analysts believe hides an underground tunnel system and missile production sites.

Two U.S.-based analysts who spoke to The Associated Press on Friday, relying on released pictures and satellite images, identified the affected building as Natanz’s new Iran Centrifuge Assembly Center. A satellite image on Friday by Planet Labs Inc., annotated by experts at the James Martin Center for Nonproliferation Studies at Middlebury Institute of International Studies, shows what appears to be damage done to half of the building.

Destroying a centrifuge assembly facility could greatly impact Iran’s ability to more-quickly enrich greater amounts of uranium, which would be a goal for either Israel or the U.S.

Natanz today hosts the country’s main uranium enrichment facility. In its long underground halls, centrifuges rapidly spin uranium hexafluoride gas to enrich uranium. Currently, the IAEA says Iran enriches uranium to about 4.5% purity — above the terms of the nuclear deal but far below weapons-grade levels of 90%. Workers there also have conducted tests on advanced centrifuges, according to the IAEA.