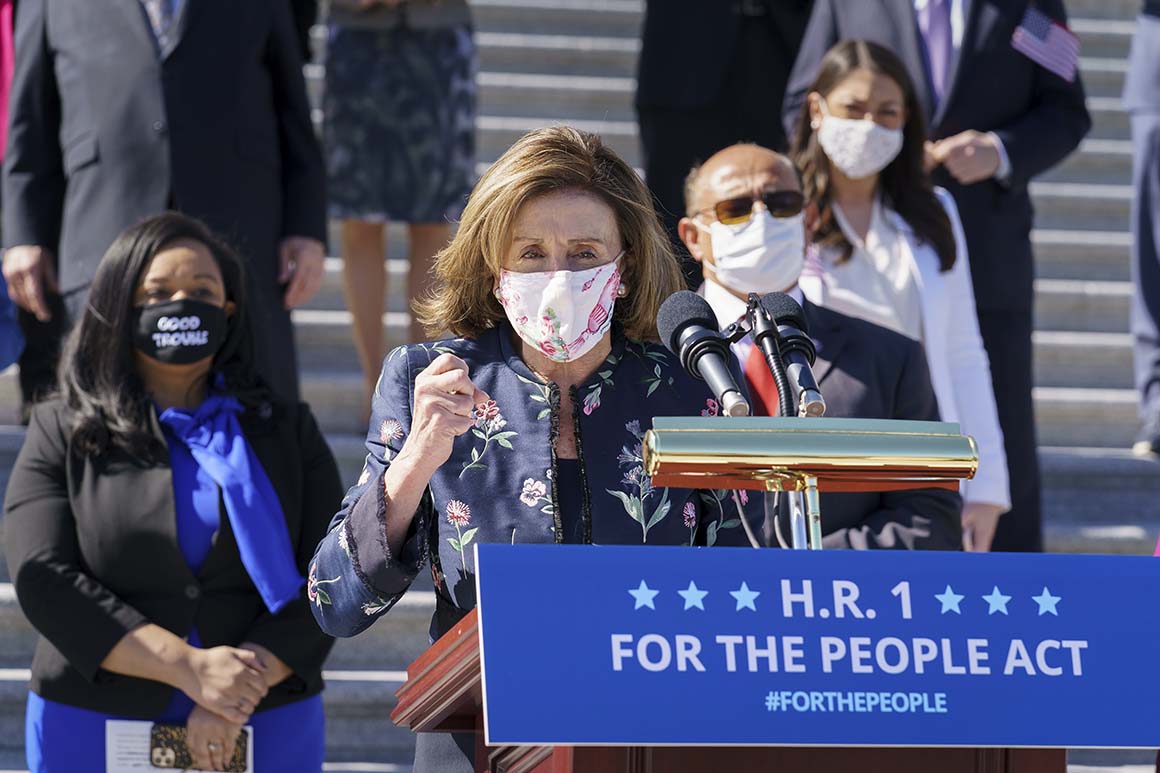 It is unfocused, extremely high-handed in its impositions on the states, careless of the speech rights of groups and individuals, and constitutionally dubious. Absent some radical turnabout, the bill is dead in the Senate, and it deserves to be.

The core of the bill rewrites the election rules all over the country to force every state to adopt automatic voter registration, same-day registration, no-excuse absentee balloting and early in-person voting, among other mandates.

The case that the bill will save democracy depends on the myth that voters are being turned aside in droves by onerous restrictions in the states—even though turnout in last year’s presidential election was the highest since 1900.

Was that a result of the pandemic-driven adoption of greater access to, say, mail-in balloting? No, there wasn’t a difference in turnout between states that didn’t adopt no-excuse absentee voting and states that did.

States like Georgia have tightened up their rules since the election, in part in reaction to Donald Trump’s ongoing campaign of misinformation about the 2020 election, but these provisions are in many cases improvements (e.g. moving away from unreliable signature match and instead asking for driver’s license numbers on absentee ballots in Georgia) and certainly don’t constitute Jim Crow 2.0 as President Joe Biden and other Democrats have claimed.

Even if you believe that, for instance, same-day registration is the preferable policy, it is not remotely plausible that is the difference between democracy and authoritarianism in America. According to the National Conference of State Legislatures, only 20 states and Washington, D.C., currently have same-day registration and yet we’ve still had free and fair elections, including in those states—among them, New York, Massachusetts, Rhode Island, New Jersey and Oregon—without it.

There’s also no reason to wipe out every voter ID law in America, when research shows that even strict ID laws have had no effect on turnout.

So long as they aren’t actually disenfranchising people (which no one is), states should be able to adopt the mix of voting rules that their democratically elected officeholders deem appropriate and that suit their particular political cultures.

If the goal is to increase confidence in the electoral system, by the way, having Congress by the slimmest of partisan majorities make it harder for states to maintain clean, up-to-date voter rolls (as H.R. 1 does) at the same time it wipes out ID requirements is emphatically not the way to do it.

Then, there are all the other provisions.

Do we really need Congress, in its wisdom, to write an ethics code for the Supreme Court?

What’s the urgency to adopt to adopt public financing of congressional elections and make taxpayers fund political candidates they oppose and in some cases, revile?

Why does the composition of the Federal Election Commission need to change to make it less bipartisan?

As Bradley Smith, a former chair of the FEC explains, to this point, the definition of electioneering in election law has been carefully delineated to provide wide latitude for general policy advocacy. H.R. 1 widens the definition to treat more ads as election expenditures, crimping the ability of groups to criticize elected officials.

The bill would also make more organizations disclose their donors, opening them up to intimidation. Two ACLU lawyers wrote in the Washington Post that H.R. 1 will likely hampers the political rights of “many non-profits, including civil rights organizations and other civil liberties movement builders.”

It requires internet platforms to gather a trove of information on every political ad and group running ads.

When Maryland passed a similar law a couple of years ago, newspapers that found the requirements onerous and unworkable sued, and won. A circuit court judge called the Maryland law “a compendium of traditional First Amendment infirmities.”

Indeed, the constitutional problems with H.R. 1 are rife. Walter Olson of the Cato Institute has catalogued them.

It’s not obvious that the voting provisions of the bill will withstand constitutional scrutiny. Congress has the authority under the Constitution to determine the “time, places, and manner” of congressional elections, but less power over presidential elections, which H.R. 1 seeks to micromanage anyway.

The diktat that all states form election commissions to determine redistricting is constitutionally vulnerable as federal overreach.

The requirement that presidential candidates release their tax returns might be impermissible as a qualification on candidates over and above what’s in the Constitution.

The speech restrictions and donor requirements will rightly be challenged. In the case NAACP v. Alabama, the Supreme Court ruled that “inviolability of privacy in group association may in many circumstances be indispensable to preservation of freedom of association, particularly where a group espouses dissident beliefs.”

Unless Joe Manchin has a sudden change of heart, H.R. 1 is heading to the legislative dustbin. Good riddance.