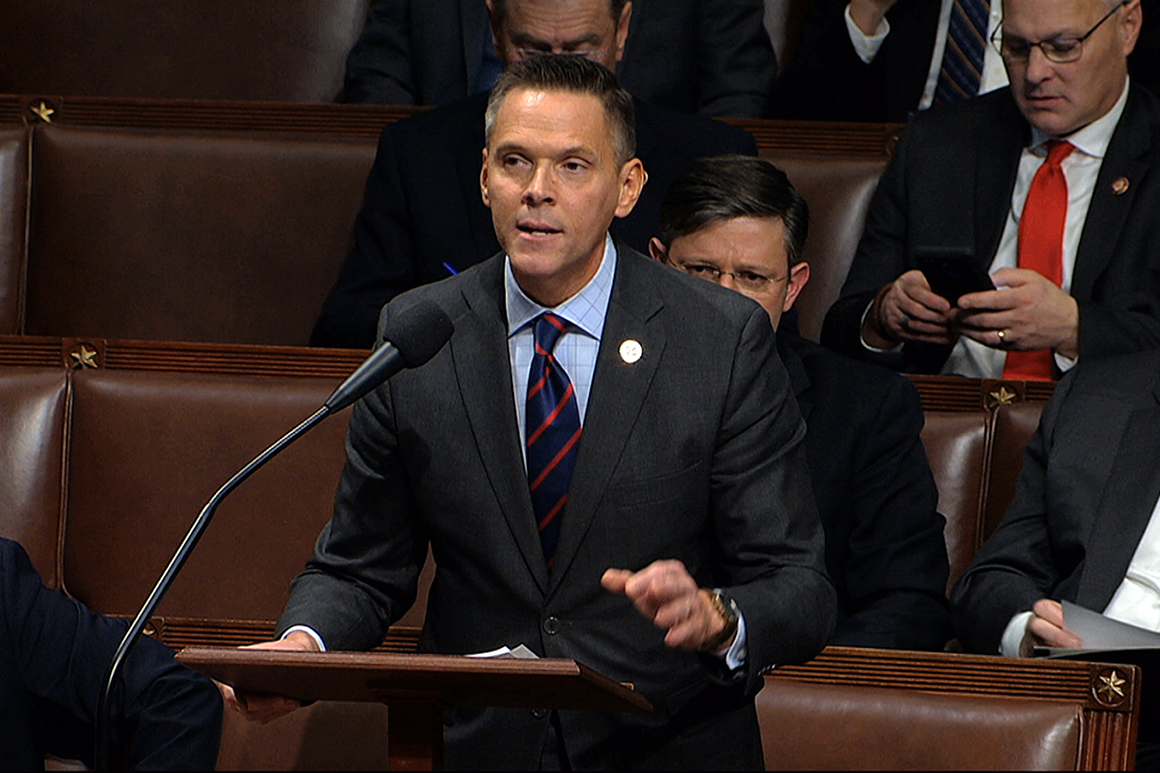 Democrats had planned to target the GOP-leaning seat as possible pickup opportunity, especially if Spano won the primary. Franklin will face former television journalist Alan Cohn in the November election. Cohn defeated state Rep. Adam Hattersley, who had been recruited to run in the race.

“I look at tonight as just the first step,” Franklin said. “This is not done for November.”

In other Tuesday primary highlights, the frantic and increasingly hostile race to succeed outgoing Rep. Francis Rooney in Florida’s 19th Congressional District appeared too close to call. State Rep. Byron Donalds was leading the crowded nine-way primary with 23 percent of the vote, while state Rep. Dane Eagle had 22 percent of the vote. Meanwhile, Kat Cammack won won a 10-way primary in the race for the north Florida seat now held by Rep. Ted Yoho. The Republican primary winners are expected to win the seats outright in November.

Miami-Dade Mayor Carlos Gimenez easily won the Republican primary for Florida’s 26th Congressional District, setting up what will likely be the most closely watched congressional race in the state. Gimenez will be going up against Rep. Debbie Mucarsel-Powell, who flipped the seat two years ago when she defeated incumbent Carlos Curbelo. Mucarsel-Powell has been a top target for Republicans who were able to recruit one of the best-known politicians in Miami-Dade County to challenge her.

In another notable primary, Anna Paulina Luna, an Air Force veteran who won the backing of Trump allies such as Gaetz, won a three-way primary for Florida’s 13th Congressional District. She edged out Amanda Makki, a former Capitol Hill staffer and lobbyist who had the support of House GOP leaders such as House Minority Leader Kevin McCarthy. Luna will challenge Rep. Charlie Crist, who is seeking his third term.

Crist, the former Florida Republican governor who eventually became a Democrat, won the seat two years ago with 58 percent of the vote. He’s also sitting on more than $3 million. But Republicans contend that the district can be flipped with a strong candidate. They note that Trump only lost the district by 3 points in 2016.

In Trump’s home district that includes Mar-a-Lago, conservative personality Laura Loomer defeated a field of five other Republicans in the race for Florida’s 21st Congressional District. Loomer, who had been banned from most social media platforms, will go up against incumbent Democratic Rep. Lois Frankel. The seat is solidly Democratic and more than 58 percent of voters in the district supported Hillary Clinton in 2016.

The most heavily contested primary statewide was the race for Florida’s 19th Congressional District. The contest to replace Rooney — who announced his retirement after he came under heavy criticism for suggesting he wanted to keep an open mind about the impeachment of Trump — had a host of negative campaigning attacks that ranged from questioning how loyal voters were to Trump, to an eleventh-hour campaign trick where voters were texted a message claiming that frontrunner Donalds had dropped out of the race. Donalds tweeted about the text early Tuesday morning, calling the text “illegal” and “dirty politics.” Later in the day, he tweeted that “we must fight back against the lie.”