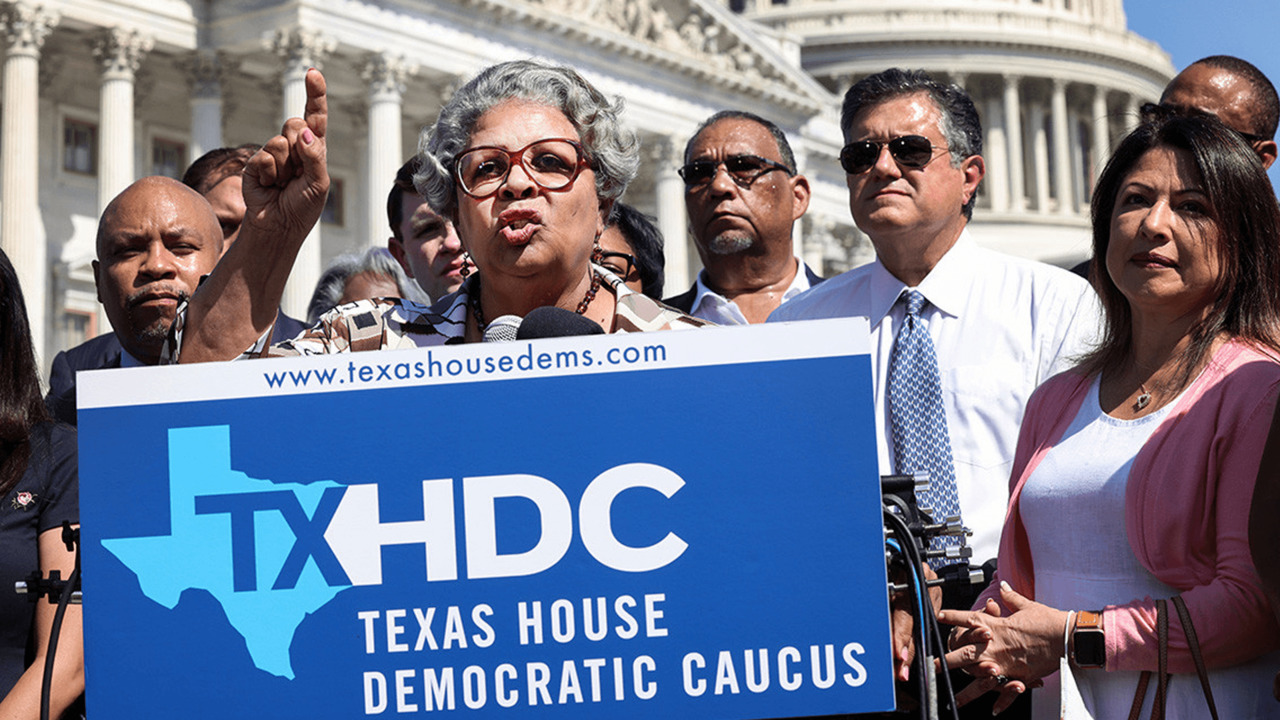 “When you start the process in such a coercive way, when you say, ‘I am going to be the absolute ruler of the state of Texas and defund the legislative branch,’ you have poisoned the entire process,” Anchía said.

Meanwhile, state Republican leaders blasted the Democrats for leaving and laid out potential consequences for them when they do return.

Texas Gov. Greg Abbott, a two-term Republican, said on Fox News Monday night that the Democrats would be arrested and held in the state Capitol upon their return so that they could vote on the elections bill and other legislation.

“Once they step back into the state they will be arrested and brought back to the Capitol and we will be conducting business,” Abbott told Fox News during an interview.

The Texas state House voted to send for the members who left for D.C. and get them to come back, though attempts to bring back state legislators who fled to deny a quorum in previous years fell flat because Texas police officers’ jurisdiction ends at the state’s borders.

Abbott added on Texas radio station KFYO that Democrats in state leadership positions who broke quorum “should be losing their job.” But Republican state House speaker Dade Phelan told reporters in Texas that, under current rules, House committee chairs and vice chairs cannot be removed from their positions.

GOP Sen. Ted Cruz said that under Texas’ state constitution, a provision allows the speaker to arrest House members who abandon their duties: “This stunt is going to fail,” he told Fox News.

Outside the U.S. Capitol, state Rep. Chris Turner, the leader of the Texas state House Democratic caucus, and other Democrats urged the Senate to pass the “For the People Act,” the sweeping elections and ethics legislation that is stalled in the Senate after passing the Democratic-led House on a party-line vote. The bill does not have the support of the entire Democratic caucus in the Senate, but Republicans could filibuster the legislation even if Democrats united around the bill.

Members of the delegation — who huddled in the basement cafeteria of one of the House office buildings after arriving at the Capitol — are expected to meet with a handful of senators on Tuesday, including Senate Majority Leader Chuck Schumer, according to a schedule reviewed by POLITICO. A spokesperson for Sen. Joe Manchin (D-W.Va.) said he intends to meet with Texas lawmakers while they are in Washington, and they are working to find a time.

Texas Democrats made headlines in May for breaking quorum and abandoning the state House floor to block the new elections bill in the last hour before the legislative session closed. The state legislature opened a special session centering voting limitations and other measures last week.

Ultimately, the Democrats are outnumbered by Republicans, and they hoped to gain leverage to start negotiations by leaving the state and breaking quorum. But Abbott said they will not get concessions upon returning.

Myah Ward contributed to this report.