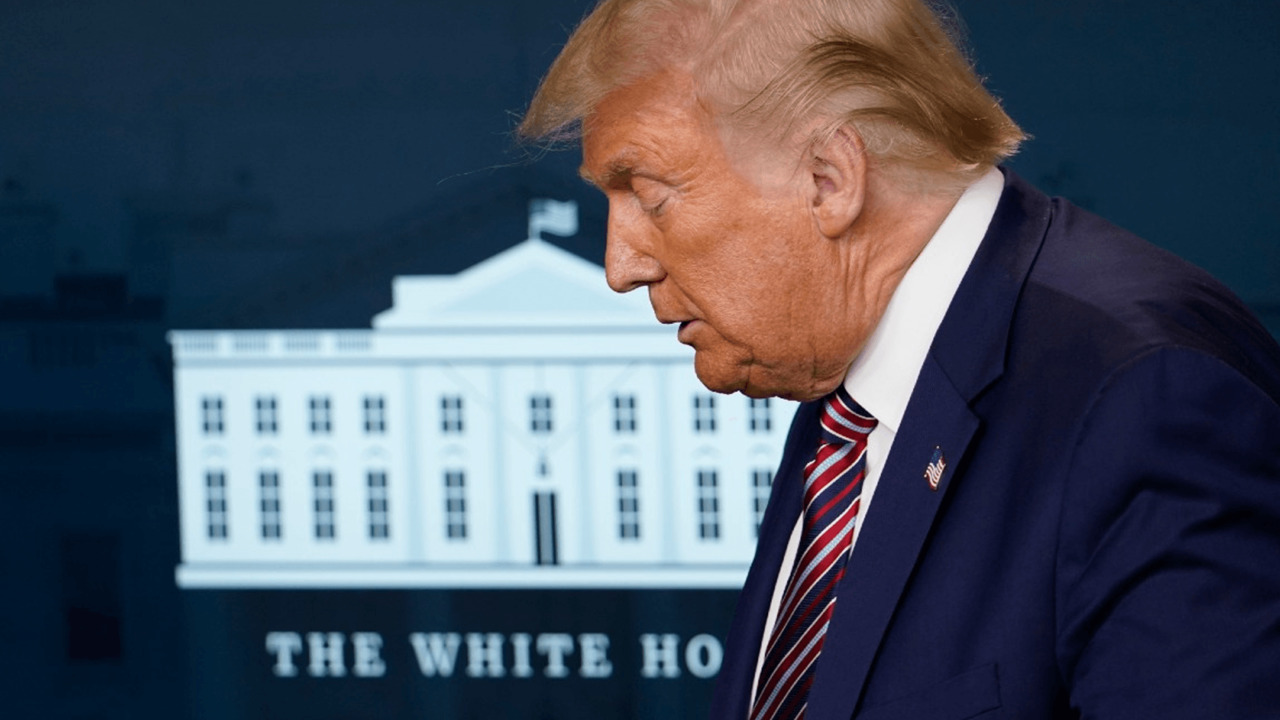 President Donald Trump said Thursday he opposes funding for the U.S. Postal Service and election security grants in an effort to stymie mail-in voting for the upcoming presidential election.

“Now they need that money in order to have the Post Office work so it can take all of these millions and millions of ballots,” he continued. “By the way, those are just two items, but if they don’t get those two items that means you can’t have universal mail-in voting."

Trump’s pronouncement marks the latest escalation in his war on mail-in voting. He has, without evidence, claimed that mail-in voting is ripe for fraud and will lead to a “rigged” election.

Election security experts say cases of electoral fraud are exceedingly rare in the United States. Most acknowledge that mail-in voting has a slightly higher risk of fraud, but it isn’t widespread.

“Saying that voter fraud and election crimes are rare is not to say they’re nonexistent,” Rick Hasen, an election law expert at the University of California Irvine, said in an interview in early July. “When election crimes do occur, absentee balloting is a more common way it occurs” than through in-person voting, he said, but “it seems to be a very rare problem.”

“It is really hard to try to swing a local election by tampering with absentee ballots. Because such a scheme easily comes to the attention of voters whose ballots are missing or recorded as voting and it potentially involves a scheme among many people,” Hasen said. “It is that much harder to do so with a larger election.”

The House bill contained myriad funding streams, including $3.6 billion in “election resilience grants,” which election administrators across the country could use “for contingency planning, preparation, and resilience of elections.” The money could be used on everything from preparing for the influx of mail-in ballots, to protecting in-person voting and buying personal protective equipment for poll workers.

The HEROES Act also included a $25 billion payment to the USPS “for revenue forgone due to coronavirus.”

The bill also contained provisions that would amount to a sweeping overhaul of the American electoral system, including mandating that voters be sent ballots during times of emergency or disaster (including this November), requiring in-person early voting and effectively eliminating voter ID laws by allowing voters to submit sworn statements in lieu of an ID in most cases.

As of late, Trump has sought to draw a distinction between absentee voting and mail-in voting. Election experts often use the term interchangeably, but there is a difference between universal mail-in voting — where voters are automatically mailed a ballot, whether they requested one or not — and most states’ systems.

"Whether you call it Vote by Mail or Absentee Voting, in Florida the election system is Safe and Secure," Trump tweeted earlier this month, encouraging supporters to vote-by-mail in the state.

During a White House press briefing on Thursday, Trump dismissed reports that he’s attempting to suppress the vote in November, but said Americans would have to vote in person if a bill with funding for the USPS and universal mail-in voting isn’t passed by Congress.

"I want them to vote," Trump said. "But that would mean that they’d have to go to a voting booth like they used to and vote."

When pressed on how the government would ensure voters’ safety if they head to the polls in person, the president didn’t provide specific actions that would be taken.

"They’re gonna have to feel safe — and they will be safe. And we will make sure that they’re safe," Trump said. "Again, absentee good, universal mail-in very bad."

Despite the president’s fixation on it, universal vote-by-mail systems are not widely used across the country.

Five states do it as a regular course: Colorado, Hawaii, Oregon, Utah and Washington. Three states — California, Nevada and Vermont — along with the District of Columbia, plan on mailing voters ballots in response to the pandemic.

Montana has also left that decision up to individual counties for November. Every county in the state opted to mail ballots to voters for Montana’s June primary.

Most states do allow for no-excuse absentee voting, meaning any voter can request an absentee ballot, regardless of health status, age or other factors.

Just eight states — Indiana, Kentucky, Louisiana, Mississippi, New York, South Carolina, Tennessee and Texas — require voters to have a valid excuse to request an absentee ballot for November. The New York Times estimates that 76 percent of voters live in states where, at a minimum, there is no-excuse absentee voting.

The president’s comments also come as Democrats and election security experts sound the alarm over changes at the USPS. Trump recently installed Louis DeJoy, a deep-pocketed supporter of the president, as postmaster general. DeJoy has overseen a shakeup of the the Postal Service’s top echelon of staffers.

"The President of the United States is sabotaging a basic service that hundreds of millions of people rely upon, cutting a critical lifeline for rural economies and for delivery of medicines, because he wants to deprive Americans of their fundamental right to vote safely during the most catastrophic public health crisis in over 100 years," Andrew Bates, a spokesperson for Joe Biden’s campaign, said in a statement reacting to Trump’s comments.

The USPS’ general counsel also recently sent a letter to some state election officials that caused concern among voting rights groups and some election administrators. The letter, first reported by The Spokesman-Review in Washington state, recommended that election officials use first-class mail to send election materials, warning that the bulk rate that some election administrators use may result in untimely delivery of election materials.

Such a shift in how mail-in ballots are sent would amount to a major change for many local election officials. Derek Brenchley, deputy director of elections in the Utah’s lieutenant governor’s office, recently told POLITICO in an email that his office had received a similar letter and that most local officials in the state have used the lower bulk rate in the past. Switching all mailings from the bulk rate to first-class rate would amount to more than doubling of election offices’ postal budgets.

Washington Secretary of State Kim Wyman, a Republican widely considered an expert on mail-in voting, told POLITICO that she met with USPS officials earlier in the week to discuss the letter, and that some of her initial concerns were alleviated.

“They assured us that they were still going to treat election mail with the highest priority. And they were going to try to make good on that commitment and that history,” she said in an interview on Tuesday. “We’re comfortable that we’re going to be able to do the nonprofit bulk for the first mailing” of ballots.

But later ballots may still require more expensive postage, which could present a challenge for cash-strapped election administrators across the country. Wyman also stressed Washington’s long relationship with the USPS, a benefit other states may not have.

DeJoy is scheduled to appear before the House Oversight Committee in mid-September to address lawmakers’ questions. Rep. Gerald Connolly (D-Va.), who chairs the House Oversight Government Operations Subcommittee, said he had hoped to secure DeJoy’s testimony sooner, since several states will have begun early voting by the time the postmaster general appears, but he said DeJoy cited scheduling conflicts until then.

In the meantime, Connolly said he’s working to advance legislation that would undo a series of policy changes DeJoy implemented until the coronavirus emergency is lifted, as well as a bill that would require the Postal Service to prioritize mail-in ballots.

He said Trump is engaged in a "psychological game" to convince Americans that mail-in voting isn’t safe even though it is. "He’s trying to get in people’s heads that the mail is unreliable, that ‘They don’t have the money and I’m going to make sure they don’t get it, and therefore you’re going to take your chances with a mail-in ballot,’" Connolly said in an interview.

Connolly said he’s weighing additional hearings in advance of DeJoy’s and has considered calling DeJoy’s predecessor, Megan Brennan, who delayed her planned retirement to steer the Postal Service through the early days of the pandemic, as well as her former deputy.

Democrats in both chambers of Congress sent letters to DeJoy on Wednesday demanding answers on the changes he is making at the post office, including on postal rates for election mailings.

“If any changes are made to long-standing practices of moving election mail just months ahead of the 2020 general election, it will cause further delays to election mail that will disenfranchise voters and put significant financial pressure on election jurisdictions,” a letter from Senate Democrats read. House Democrats sent a letter raising similar concerns.