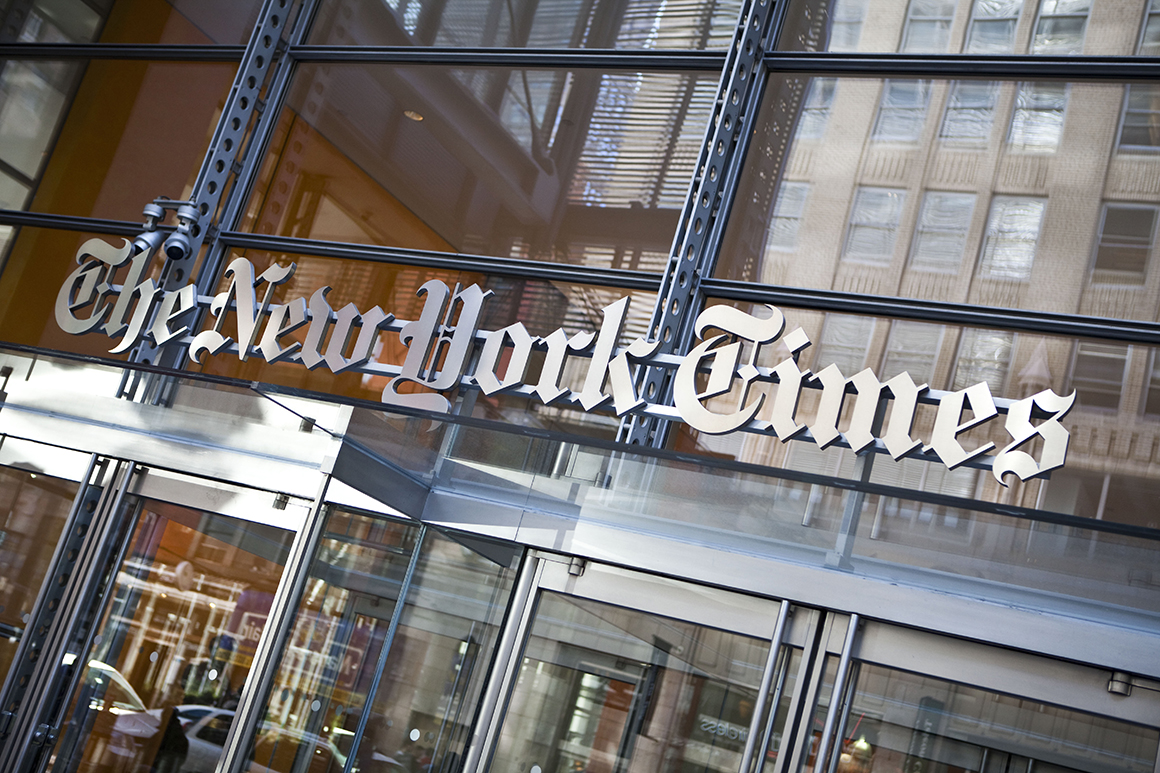 The suit argues that the op-ed contradicts reporting published by the Times’ news division on the investigation into whether the Trump campaign conspired with Russian agents to interfere in the election.

Frankel’s piece was published about three weeks before the release of special counsel Robert Mueller’s report on Russian interference in the 2016 election, which found insufficient evidence to show coordination between the Trump campaign and Russia in the lead-up to the election. But it came out three days after Attorney General William Barr released a four-page summary of the report stating as much, though Mueller himself raised issues with the way his findings were characterized in the memo.

“At the time the defamatory article was published, the public record, and the Times’ own reporting, had already confirmed what Robert Mueller would eventually conclude: that there was no ‘deal’ or ‘quid pro quo’ between the Campaign and Russia,” the complaint claims. “The Times and its writer, Mr. Frankel, consciously disregarded all such information.”

In a statement, the campaign’s senior legal adviser, Jenna Ellis, asserted that Frankel’s assertions “were and are 100 percent false and defamatory,” and that the Times published his piece knowing their inaccuracy “for the intentional purpose of hurting the campaign, while misleading its own readers in the process.”

A spokesperson for the paper pushed back forcefully against the suit and expressed confidence that the Times would ultimately prevail on First Amendment grounds.

“The Trump Campaign has turned to the courts to try to punish an opinion writer for having an opinion they find unacceptable,” the spokesperson said in a statement. “Fortunately, the law protects the right of Americans to express their judgments and conclusions, especially about events of public importance. We look forward to vindicating that right in this case.”

The suit contends that because of the editorial, Trump’s campaign has been forced “and will continue to force” its operatives to “expend funds on corrective advertisements and to otherwise publicize the fact that the campaign did not collude with, have a deal with, or have a ‘quid pro quo’ with Russia regarding the 2016 election.”

While the lawsuit complained that the Trump campaign is forced to counter the claims made in the op-ed, the president’s reelection team has advertised and fundraised significantly off the Mueller report, reportedly raising more than $1 million in the 24 hours after its release.

The lawsuit doesn’t name a dollar amount the campaign is looking to recoup in damages, saying the sum will be proved at trial. But the campaign estimates the total to be in the millions, and is also asking for payment to cover attorneys fees and costs.