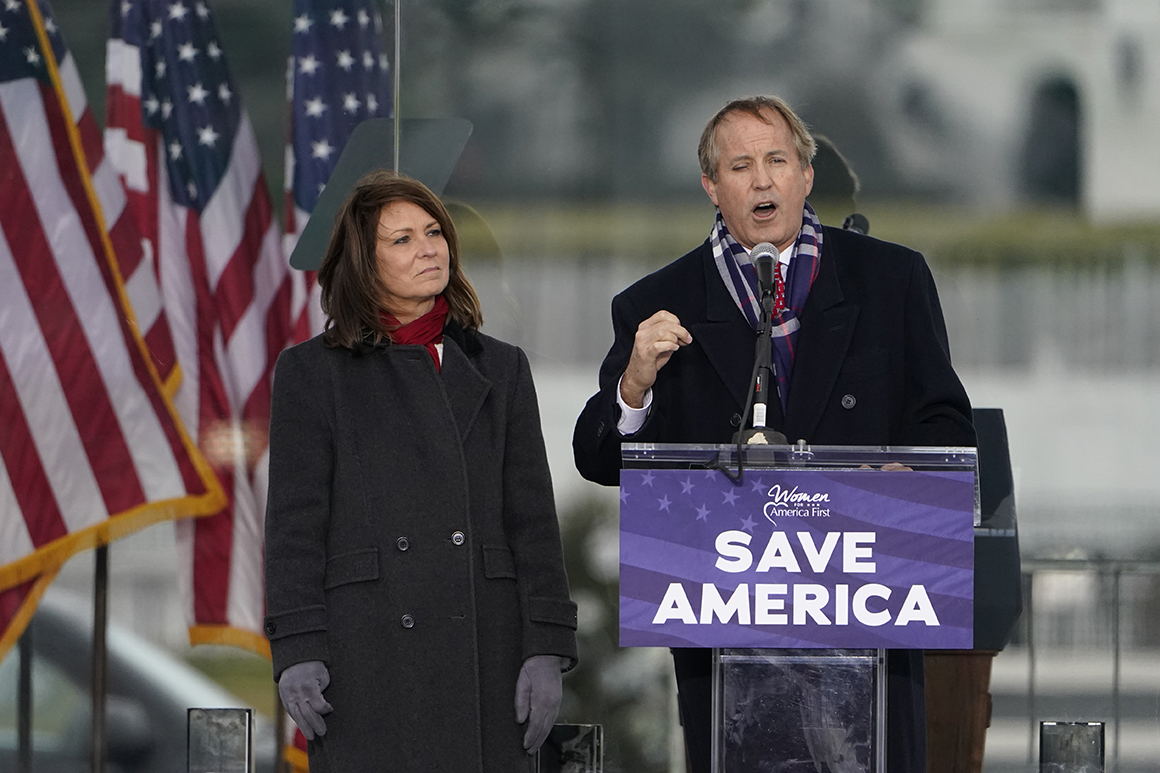 But Trump’s antipathy for three generations of Bushes surfaced once again on Monday night, as he chose to endorse Paxton in what’s sure to be a competitive, brutal election between Bush and the scandal-ridden incumbent.

“Attorney General Ken Paxton has been bravely on the front line in the fight for Texas, and America, against the vicious and very dangerous Radical Left Democrats, and the foolish and unsuspecting RINOs that are destroying our Country,” Trump said in a statement, using the acronym for Republicans in Name Only. “Ken is strong on Crime, Border Security, the Second Amendment, Election Integrity and, above all, our Constitution. He loves our Military and our Vets. It is going to take a PATRIOT like Ken Paxton to advance America First policies in order to Make America Great Again.”

The Bush family, including former Presidents George W. Bush and George H.W. Bush and former first lady Barbara Bush, had criticized Trump, who has attacked the family on multiple occasions.

“We need another Bush in office about as much as we need Obama to have a 3rd term,” Trump wrote on Twitter in 2013. “No more Bushes!”

After Trump said he supported Paxton on Monday night, Bush took a shot at his rival on Twitter.

“I’m running for Attorney General because Texans deserve integrity and honesty from the office of Texas’ top law enforcement official,” he tweeted. “Texans deserve a candidate without a laundry list of existing and potential criminal indictments.”

Paxton has stayed close to Trump, even as the former president made false claims of election fraud after losing in 2020. And after Trump backers descended on the Capitol in January, Paxton claimed the assailants were “not Trump supporters.” The former president left office in January without granting a preemptive pardon to Paxton, halting speculation that he would reward the key ally.

Why We Should Be Keeping an Eye on Future Actions