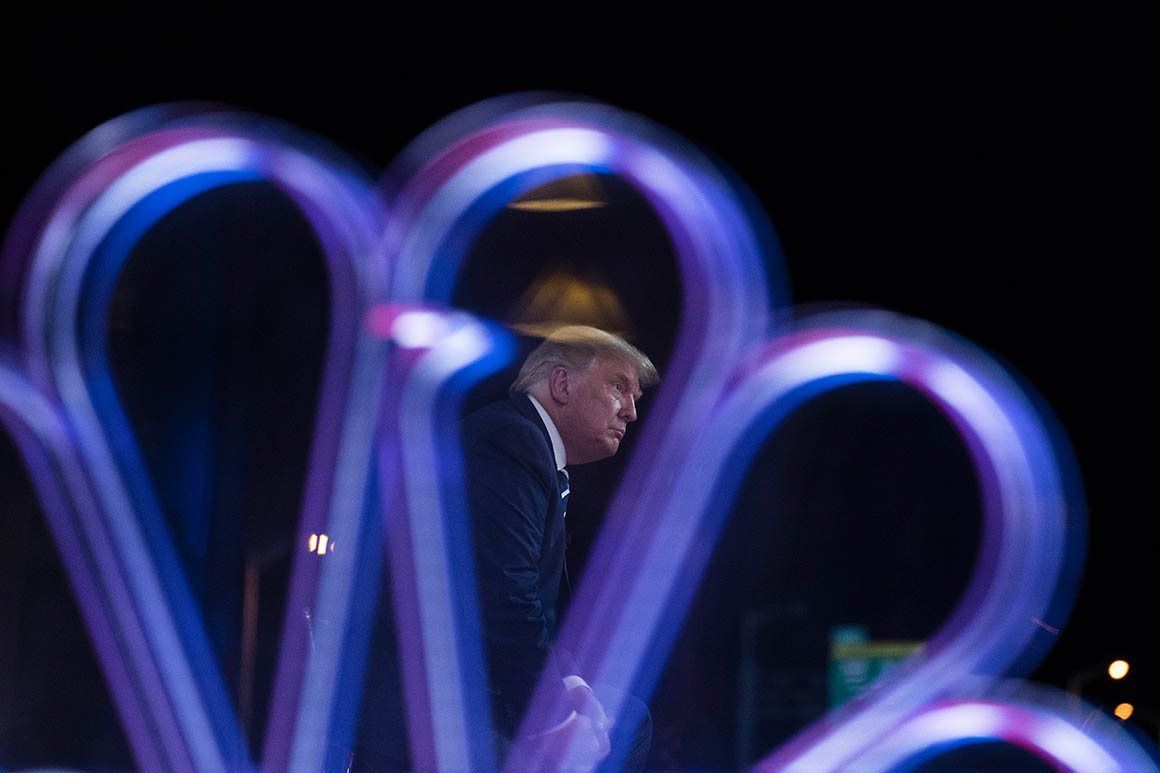 Guthrie piqued Trump on multiple occasions during the town hall event, including pressing him on the baseless QAnon conspiracy theory — which claims a cabal of Satan-worshipping pedophiles have infiltrated the highest-ranks of the federal government — which Trump refused to disavow even though it has been deemed a domestic terrorism threat by the FBI.

Trump claimed to “know nothing about QAnon,” despite Guthrie laying out its outlandish tenets to him. The once-fringe conspiracy theory has increasingly found a home in corners of GOP politics and become a thorny issue for mainstream conservatives.

Guthrie also challenged Trump on retweeting a separate bizarre theory that Osama bin Laden is still alive and that Joe Biden secretly had members of SEAL Team Six killed after the president said it was intended as food for thought.

“That was an opinion of somebody and that was a retweet, “Trump said. I’ll put it out there. People can decide for themselves,”

“You’re the president. You’re not like, someone’s crazy uncle who can retweet whatever,” Guthrie shot back.

Trump continued to vent on Friday about Guthrie’s questioning style.

Trump also lashed out at George Stephanopoulos, who moderated a dueling town hall with Joe Biden in Philadelphia at the same time Thursday night, for not pressing the Democratic nominee about allegations against his son Hunter Biden’s business dealings in Ukraine.

“I understand they didn’t ask him a question about this, can you believe that?” he said.

More people tuned into Biden’s event than the president’s, even though it appeared on multiple sister cable channels in addition to broadcasting on NBC, according to Nielsen ratings released Friday. The Wall Street Journal reported ABC attracted 14.1 million viewers for Biden’s 90-minute town hall, compared to the 13.5 million who watched Trump across four channels — NBC, MSNBC, CNBC and Telemundo. Trump’s town hall also ended at 9 p.m., a half-hour before Biden’s longer event.

NBC’s decision to hold a town hall with Trump after he backed out of the previously agreed-upon debate with Biden — after it was changed to a virtual format in light of the president’s recent Covid-19 diagnosis — engendered much consternation inside and outside its news operation. Critics felt that it rewarded Trump for nixing the debate and offered the ratings-obsessed president an opportunity to counter-program his Democratic opponent.

Trump said Friday he “didn’t watch” Biden’s event but nonetheless opined on parts of it, saying Stephanopoulos’ questions were “softballs” compared with those the ABC News host posed to him at a town hall a month ago.

Trumps remarks came not at a campaign rally but an official event ostensibly to announce a deal with CVS and Walgreens to administer a future coronavirus vaccine to seniors and long-term care facility employees at no out-of-pocket expense. It’s one of a number of instances of the president bending the office to aid his waning reelection prospects.

Enrique Iglesias Accepts Top Latin Artist of All Time at the 2020 Billboard Latin...