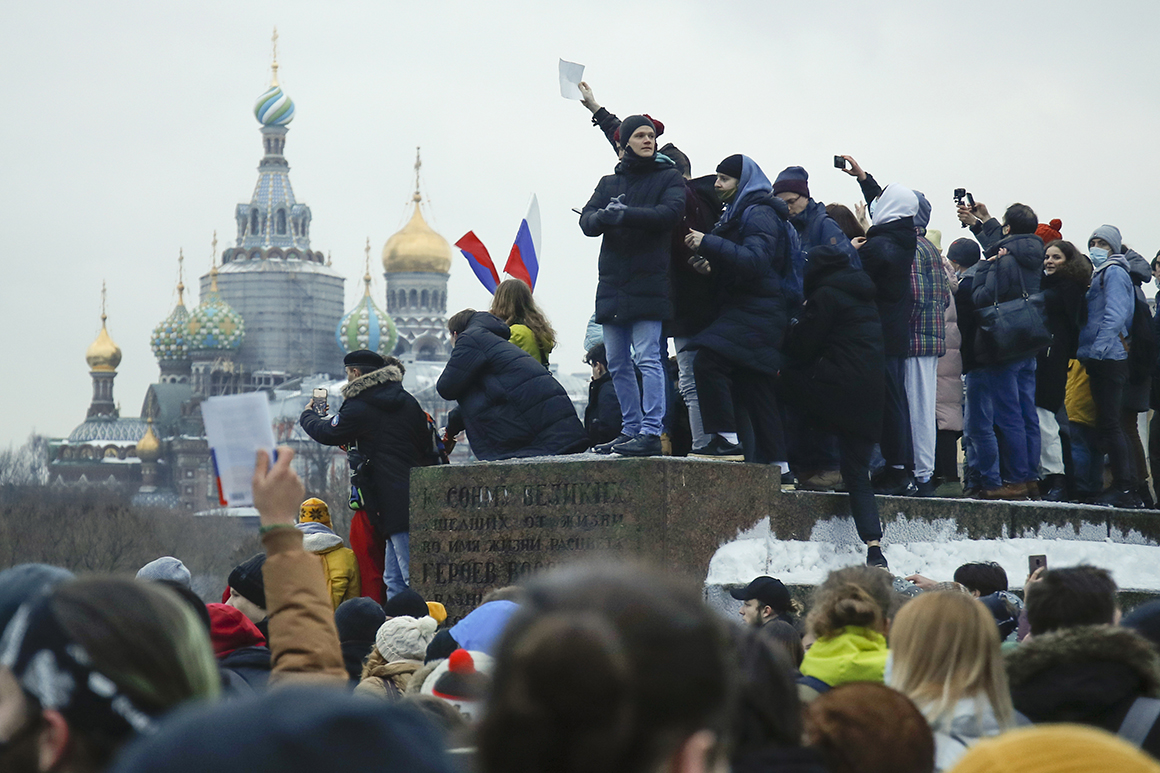 Russian authorities claim Navalny’s five months in Germany violated a previous suspended sentence for a conviction, which he has said was for bogus charges. Navalny is being held in the notorious Matrosskaya Tishina prison.

Protesters took to the streets in dozens of cities across Russia on Saturday, including thousands gathered in Moscow’s city center. “The situation is getting worse and worse, it’s total lawlessness,” Andrei Gorkyov, a protester in Moscow told the Associated Press. “And if we stay silent, it will go on forever.”

“The U.S. supports the right of all people to peaceful protest, freedom of expression. Steps being taken by Russian authorities are suppressing those rights,” Rebecca Ross, the spokesperson for the U.S. Embassy in Moscow, said in a tweet Saturday. “Russian authorities [are] arresting peaceful protesters, journalists – appears to be [a] concerted campaign to suppress free speech, peaceful assembly. This continues years of Russia tightening restrictions, repressive actions against civil society, independent media, political opposition.”

During a confirmation hearing Tuesday, Biden’s Secretary of State pick Antony Blinken said Russia is “very high” on the administration’s agenda and pledged support for Navalny.

“Navalny is a voice for millions and millions of Russians and their voice needs to be heard,” Blinken said, adding that the Kremlin’s “attempts to silence that voice by silencing Mr. Navalny is something we strongly condemn.”

“The perpetrators of the outrageous attack on his life must be held accountable,” Sullivan wrote in a tweet Sunday. “The Kremlin’s attacks on Mr. Navalny are not just a violation of human rights, but an affront to the Russian people who want their voices heard.”

Garry Kasparov, a prominent Putin critic and chairman of the Human Rights Foundation, said Saturday that people who want to support Russians should “tell your politicians to treat him like the mafia terror sponsor that he is.”

“Putin has spent 20 years building up the security forces and looting the country while Russia stagnates,” Kasparov, Russia’s former chess world champion, said in a tweet Saturday. “[Protestors] come out to support Navalny and their own future.”