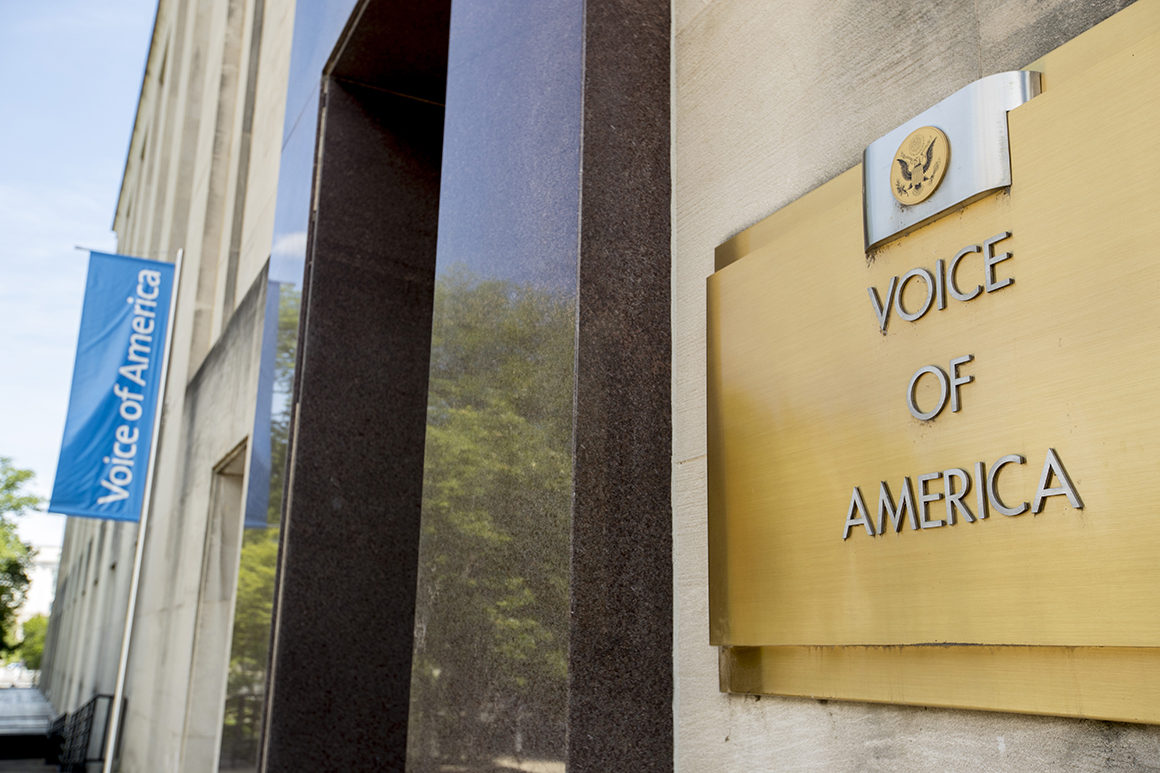 The official and others spoke to POLITICO on condition of anonymity because they weren’t authorized to talk to the media.

What the outlets did: In response to the agency’s demands, Middle East Broadcasting Networks provided a paper check of $500,000, and Radio Free Asia provided a check worth $2.9 million, according to two people familiar with the matter. Until last year, the OTF was a program of Radio Free Asia. It’s unclear how Radio Free Europe responded to the order.

The plans: USAGM wants to reallocate the money to other internet freedom projects, and according to a separate agency employee, USAGM officials have been in touch in recent months with the maker of Ultrasurf, software that provides internet firewall circumvention code and which was developed by a member of the Falun Gong, a persecuted Chinese religious minority.

For the last several years, USAGM had refused to provide money for Ultrasurf because they haven’t allowed their software to be subjected to a thorough audit of the code, and USAGM and OTF prefer to fund open source technologies, in part to prevent the insertion of back doors into the code.

USAGM said in a statement that its Office of Internet Freedom, which has existed longer than OTF, is capable of providing the same type of funding and that it works more efficiently.

“OIF and USAGM intend to continue the work of advancing human rights and freedom of expression for those living in closed regimes, and that is despite OTF leadership’s attempts to line its own pockets with U.S. taxpayer dollars while insisting upon no oversight,” USAGM said.

In late July, the Open Technology Fund said it had been forced to issue “stop-work orders” to more than 80 percent of its active internet freedom projects because it’s being starved of cash by the U.S. government.

What’s next: Pack is testifying in front of the House Foreign Affairs Committee on Sept. 24 and will likely be asked about the internet freedom funding issues and the OTF battle. Pack also selected James Miles to lead OTF, but he has not been able to take the post amid a court battle over control of the fund. (Miles, a former South Carolina secretary of state, has no technology expertise but has been linked in the past to multilevel marketing companies.) In late July, three federal judges said that Pack appeared to lack the statutory authority to control the fund, like he does with other federally funded international news organizations, although a final ruling has not been made.