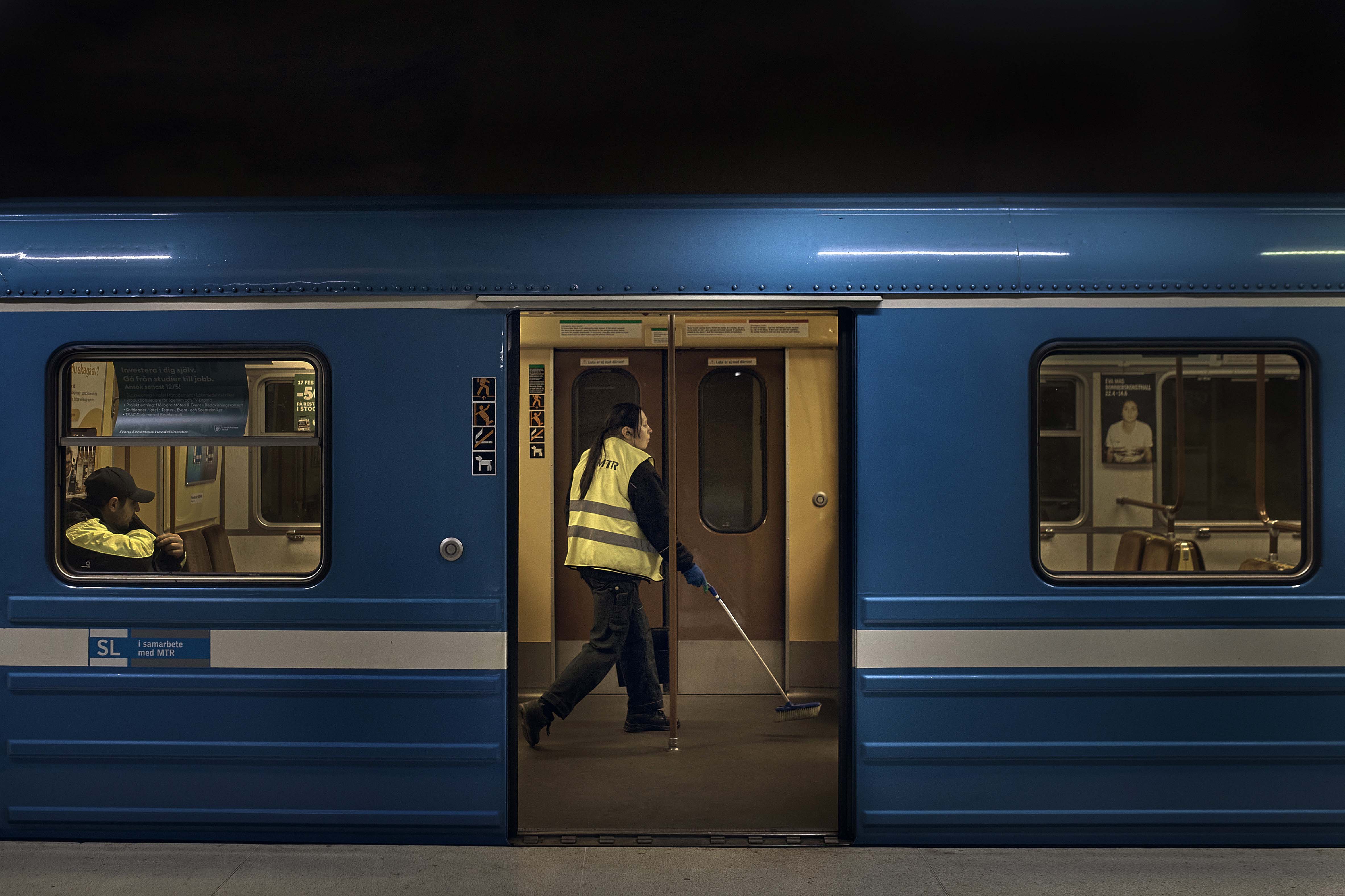 The Green Party quitting the government wouldn’t necessarily mean a snap election, with experts already suggesting that the Social Democrats under Prime Minister Stefan Löfven could seek to battle on alone until the next scheduled ballot in 2022.

Still, such a development would cause unwelcome political turmoil in a country already reeling from one of the fiercest outbreaks of the coronavirus in Europe, and the direction Sweden takes over asylum policy, whatever it turns out to be, is set to have significant implications for the political landscape in the country for years to come.

If Löfven decides to bow to the will of the Greens and agree to a more relaxed asylum regime, that could fire up support for the center-right Moderate Party and the far-right Sweden Democrats, with the latter winning growing support in recent elections by pushing a hard line on asylum policy.

Conversely, if Löfven splits with the Greens and does a deal with the Moderates — with whom recent news reports suggest the Social Democrats are currently negotiating — on tougher asylum laws, that could rob the Sweden Democrats of some of their appeal with voters and potentially halt their sharp rise.

“On the one hand, it could be seen as a gamble for the Social Democrats to risk the cooperation of the Greens,” Jenny Madestam, a political scientist at Sweden’s Sodertorn University, told the Swedish daily Expressen. But on the other hand, the party must consider how best to “fend off the Sweden Democrats,” she said.

At the European level, a shift by Sweden to tougher asylum laws could also have ripple effects. Sweden has for a decade been one of the most ardent supporters of a more welcoming stance toward refugees and asylum seekers, and alongside Germany pushed the likes of Hungary and Austria to be more open to new arrivals from outside the bloc during the refugee crisis of 2015.

A shift by Sweden to a position similar to that of its more restrictive Nordic neighbor Denmark, which is what the Moderate Party is proposing, would potentially shift the overall balance in Europe in a more anti-migrant direction.

For Sweden, a shift to tighter asylum rules would end an experiment that began when Fredrik Reinfeldt, a Moderate Party two-term prime minister, teamed up with the Green Party in 2011 to push through a policy of liberalization, which made his country one of the most welcoming in Europe for asylum seekers.

For four years, the asylum regime remained lax and ministers who criticized it were swiftly rebuked by Reinfeldt, who called on Swedes to “open their hearts” to asylum seekers in a speech before he lost power to Löfven at an election in 2014.

After he took power, Löfven initially welcomed the wave of asylum seekers from Syria and other war-torn places in what rapidly escalated into Europe’s refugee crisis of 2015.

However, Sweden’s capacity to house new arrivals became strained, and in 2016 the government was forced to move to a much more restrictive temporary position which saw the duration of residency permits and the rights of families to reunite in Sweden drastically cut.

For the past year, a parliamentary committee has been debating permanent new laws.

The far-right Sweden Democrats have pushed for more restrictive policies, which would see many asylum seekers currently in Sweden sent back to their countries of origin.

Meanwhile, the Moderate Party has been pushing a “cap” or “target” for the number of asylum seekers the country could take in the future which it says should be set at levels comparable with that taken by other EU countries. The Greens want to see a return to a more liberal stance, with greater opportunity for permanent right to remain and family reunification.

In an interview with POLITICO earlier this year, the Moderate Party’s spokesperson on immigration, Maria Malmer Stenergard, spoke of a need for breathing space to allow Sweden to integrate those already granted asylum in Sweden.

“We are still struggling with what happened in 2015 and we have a lot of people living in segregation, children not being able to make as much of their lives as they should be able to,” she said.

Partial readouts from the parliamentary committee on migration’s most recent meeting in Swedish media suggest the Moderates and Social Democrats are discussing a potential “guideline” that Sweden could take around 2-3 percent of asylum seekers arriving in Europe versus a 20 percent share in 2015.

Rikard Larsson, who sits on the committee for the Social Democrats, declined to comment on the state of the negotiations as they are still ongoing. Talks are expected to be wrapped up by mid-July ahead of a deadline for the committee’s work of mid-August.

Green Party lawmaker Hirvonen Falk, who is also on the committee, said she is still hopeful an agreement between her party and the Social Democrats can be found and a government collapse can be avoided.

“We don’t know yet how things will play out, and I very much hope that we won’t have a government crisis,” she said. “We are already in the middle of a pandemic and a climate crisis.”