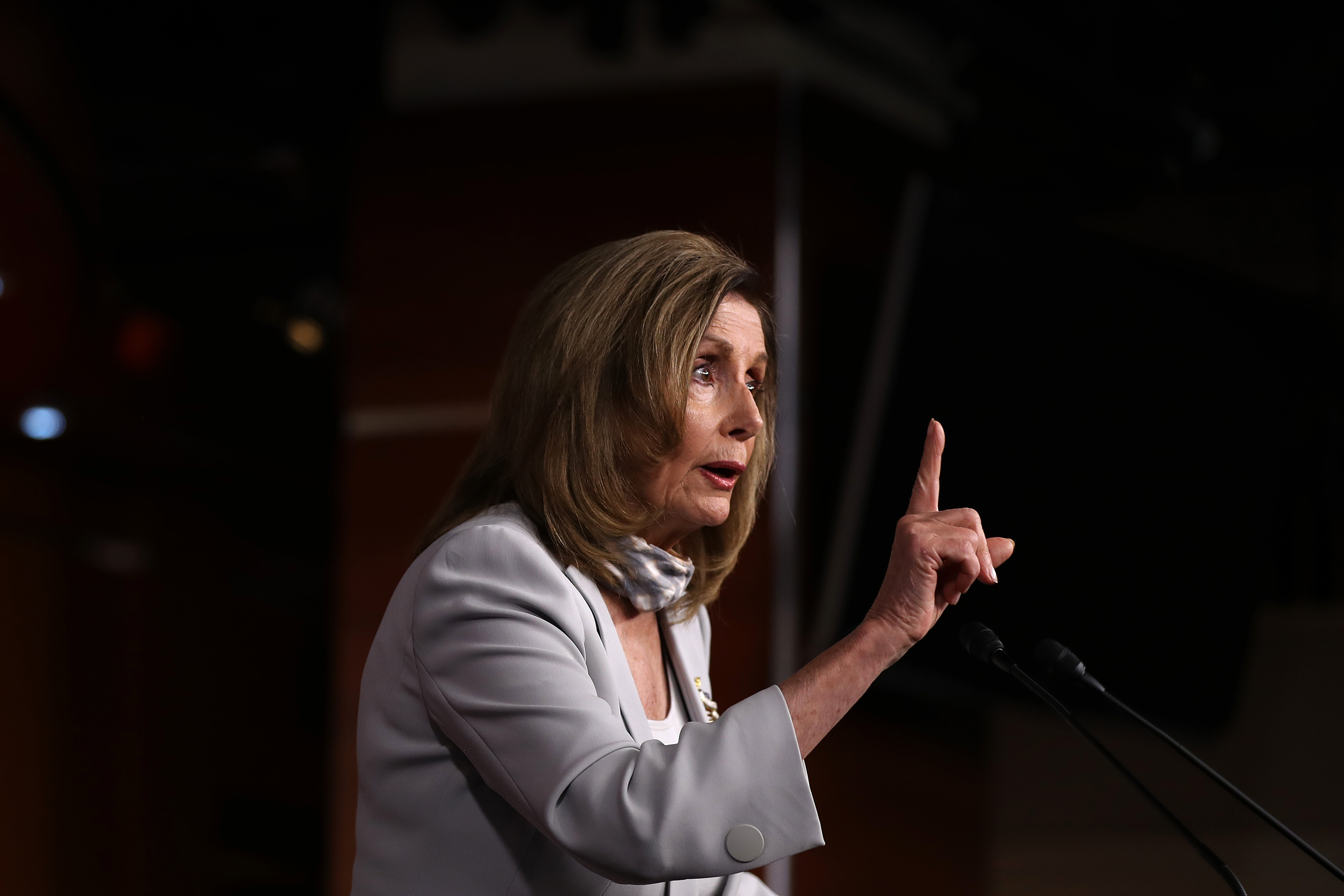 Speaking on the floor, McConnell scoffed at the Democratic leaders’ demands for Republicans to raise the price ceiling of their negotiations to $2 trillion from $1 trillion.

“The Speaker’s latest spin is that it is some heroic sacrifice to lower her demand from a made-up $3.5 trillion marker that was never going to become law to an equally made up $2.5 trillion marker,” McConnell said, referring to a mammoth Democratic package that the House passed in May. “That’s not negotiating. That’s throwing spaghetti at the wall to see what sticks.”

McConnell added Thursday afternoon that he still hopes “we’ll have some kind of bipartisan agreement here sometime in the coming weeks.”

The vitriol between Republicans and Democrats has been on full display as the two party leaders traded insults, even as they acknowledged the dire economic and health crises straining the nation.

Congress has been under intense pressure to deliver a deal, but has already blown past the deadlines for key programs such as the federal $600 weekly benefit for out-of-work Americans and the small-business grant known as the Paycheck Protection Program. Federal protections for renters facing eviction has also expired.

The impasse over those programs — and more — led President Donald Trump over the weekend to issue executive actions in an attempt to circumvent Congress. The executive actions attempt to provide additional unemployment benefits to workers, defer payroll tax payment, extend the moratorium on most federal student loan payments until the end of the year and direct agencies to review how they can prevent evictions.

But Trump’s political move, in the face of mounting backlash over his response to the virus, will likely have a much different policy reality. Democrats have called the move blatantly unconstitutional, and it’s unclear what effect the orders will have without congressional backing.

The next looming deadline in Washington is several weeks away — the Sept. 30 funding deadline, and lawmakers are already speculating that the coronavirus negotiations could be dragged into that battle.

That would mean negotiations that began in earnest at the end of July could bleed into late September, with the American economy possibly hanging in the balance. And the pressure will only grow as millions of children begin the school year — whether in-person, remote or a hybrid — with many school districts increasingly desperate for help.

Pelosi has said the next package cannot wait six more weeks, and she does not want to tie the $1 trillion-plus relief talks to an already contentious government funding battle.

“We can’t wait until Sept. 30,” Pelosi told reporters Thursday. “Because people will die.”

It’s unclear whether a looming government shutdown is enough to break the impasse, with Republicans and Democrats each sticking to their corners and Congress already proving that it’s willing to shut down federal agencies over a prolonged political battle.

Instead, many Republicans and Democrats believe the sheer force of the virus itself — which has now killed more than 160,000 Americans and ravaged the U.S. economy — will force their party leaders’ hand.

The U.S. economy has also shown little sign of improvement despite the lifting of lockdowns across large swaths of the country: The Labor Department reported Thursday that 963,000 people filed for unemployment benefits last week, the first time weekly claims fell below 1 million since March, though it is still at historic levels. The unemployment rate in July was 10.2 percent.

The only thing that the two parties can agree on, it seems, is that there is no agreement.

“Treasury Secretary Mnuchin is working on that, but so far it’s a stalemate,” White House economic adviser Larry Kudlow said Thursday on CNBC. “No question.”

Max Cohen contributed to this report.

Michael Jordan’s road to being a NASCAR owner, 14 years in the making

Michael Jordan’s road to being a NASCAR owner, 14 years in...